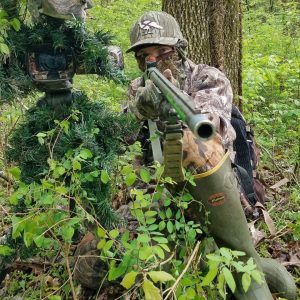 Some say spring is signaled by the bloom of the azalea’s or the smell of jasmine on a windy spring day. For turkey hunters, it’s the thundering gobble of a longbeard you can’t see, and the mere sound draws goosebumps. While there are few things more exciting than turkey hunting, it can be detrimental to the checking account before spring ever gets sprung.

Like all outdoor recreation, turkey hunting comes with a price tag. You can melt the numbers off your credit card getting geared up to chase the birds of spring. But spending big $$$ isn’t a necessary part of the equation to having a successful season. In the end, it’s usually the one thing you can’t buy that means the difference in putting a turkey in the freezer and going home empty-handed. What is it? Experience.

When it comes to gear and guns the options for the turkey hunter are diverse. From high-end custom-made calls to a hand-me-down box call, you can spend as little or as much as you want. Most veteran turkey hunters will tell you it’s normally not the call but the one using it that makes the difference. 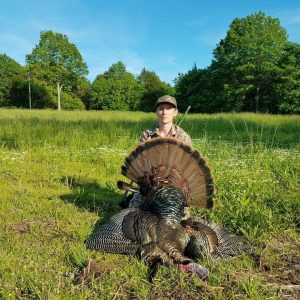 Paul Lee has been chasing toms for more than 40 years and he says people overthink calls and often spend money that’s not worth the investment.

“I have friends that are going to go out and buy a pile of new calls every year and they really don’t know how to use the ones they already have,” Lee said. “I tell people all the time, nothing will call in more turkey’s than a simple box call in the hands of a man that knows how to use it. It doesn’t have to be expensive if it is tuned correctly and the person using it practices. I’ve hunted these birds all over the country and my go-to call is a box call I got 20 years go and paid $15 for.”

Once you get that turkey called in you must draw a bead, pull the trigger, and close escrow. No segment of turkey hunting equipment has grown or improved in recent years like guns, shells, and chokes. They come in all shapes and sizes and you can literally spend until it hurts. But getting an effective set up for taking a turkey doesn’t have to turn your checks into rubber.

Pete Hawkins is a self-proclaimed turkey hunting junkie and says he went through a phase where he tried every gadget that hit the shelves. But when it comes to the setup of his gun, he’s found that what works for him is staying simple. 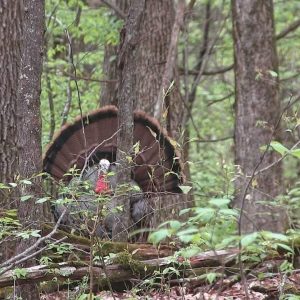 “I bought a Remington 870 20-gauge many years ago and I’ve spent thousands of dollars trying to find a gun that I shoots better than that one,” Hawkins said. “It’s your basic 870 with factory screw in chokes and I use a high-brass #4 shell with the full choke. It’s a relatively cheap set up, but I shoot the gun well and most importantly I have confidence in it. The best advice I can give people is quit chasing paper numbers and find something, whatever it is, that you shoot well.”

There’s no denying the latest and greatest camo and concealment products are nice to have, and they do help. From your face shield to your feet, being able to blend can be a critical piece in fooling an eagle-eyed turkey. Lee says he looks for deals on camo during the off season and it doesn’t take an offshore account to find effective camouflage.

“The main thing is just something to break up your silhouette and it doesn’t have to be anything special really,” Lee said. “You know, an awful lot of longbeards have been taken by guys wearing old military issued camo. But the best camo you’ll ever find is 100 percent free – being still. Don’t move and staying stead makes it hard on a bird to find you.”