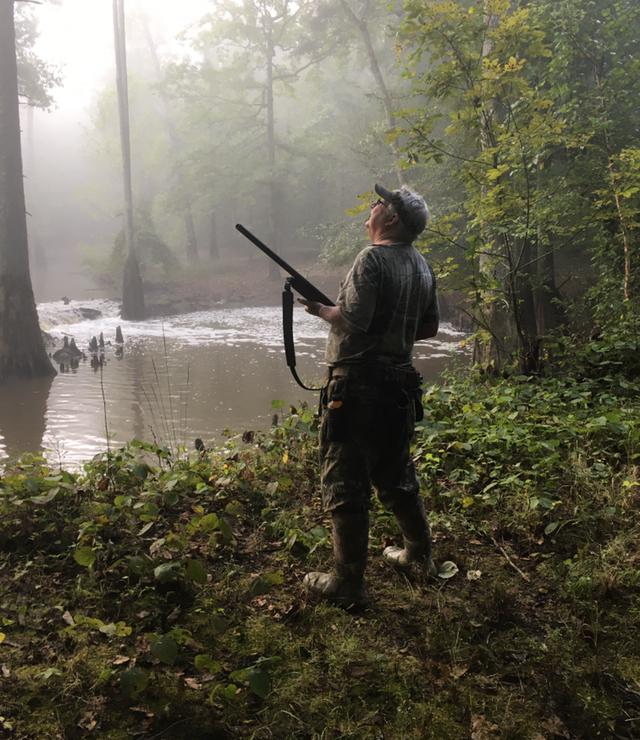 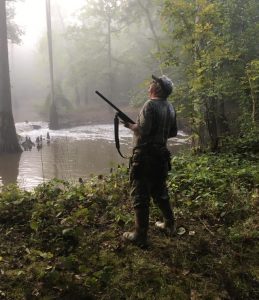 Late summer/early-fall squirrel seasons in Tennessee and other Mid-Southern states have long been set to open coinciding with the time when bushy-tails begin eating ripening hickory and other such readily available food sources. There is even a progression on what they feed upon and/or prefer as the mast crops ripen. What these sources are, of course depends on the region where you live. But for most of the Mid-South area, the first trees they begin feeding in (late summer/early fall) are varieties of hickory.

It seems simple enough: find the food source, find the squirrels. They leave something akin to hickory sawdust (shavings) under trees that are heavily fed upon. If you have time and smarts, you can even scout. Find trees with hickory shavings under them and mark a hunt’s route with your GPS/phone.

There are often several squirrels feeding in one tree, which can provide something of a challenge once the shooting starts. It can also be lots of fun. Hunting with a partner tends to help have a tree covered when the shooting begins and bushy-tails scatter. Squirrels can be as fast and liquid mercury, rolling along limbs, jumping, twisting turning and suddenly evaporating into the foliage or a den tree that they always know the whereabouts of, even when being shot at. I’ve always marveled at how they know their way home, even under the utmost pressure.

If you just want to take a hunt reckless and wild, which is also fun, simply set out into an open expanse of timber and stalk, listen and look. You are looking for moving limbs and listening for a variety of “squirrel” sounds: rustling leaves, shavings being cut (sounds a lot like the edges of two quarters being rubbed together) and falling through the leaves, barking and whining. The whine sounds a little like a cat’s meow, and I suspect it’s why my Mississippi friends call gray squirrels, cat squirrels. A lot of successful early-season squirrel hunting is about hearing. And it the loss of hearing has long been many an old squirrel hunter’s greatest lament.

But there’s an art to sneaking, too. Despite what squirrels in the park or your yard would lead you to believe.

Dry conditions will give you away. And wind, well, science has long proven that squirrels don’t move very much, if at all, on windy days. 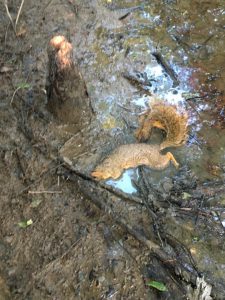 Squirrels have always been an underutilized resource amongst hunters. And though the sport may have lost its allure over decades of success with big game restoration programs, in most Mid-South states the opening of squirrel season used to be a BIG DEAL.

Social events labeled “squirrel camps,” where groups of hunters collectively gathered to camp, cook, and enjoy each other’s company while hunting squirrels while celebrating life and the season opener, used to be commonplace. There are a few such gatherings still around, but these are nowhere near as common as once upon time.

Also, admittedly, today’s generation of hunters can be a bit soft. Early squirrel season can be hot, bug-infested and snakes are afoot. Hunters must walk…say it ain’t so. Many people simply don’t see the effort versus the result, these days. And though I sound like an old man that walked up hill five miles to school—both ways—a lot of folks see it better to sit in a box and wait for a deer to walk by. I understand. There is more bang for your buck. Pounds of venison, versus ounces of squirrel. And well, maybe a dead deer does make a better social media picture, or however folks measure hunting success these days?

Ah, things change, which is certain as death and taxes (today, one of those may be just as painful as the other).

That said the opportunity is aplenty. There are thousands of acres of public hunting lands available to hunters right here in the Mid-South. And with mapping and GPS technology, folks can explore these places and know their routes before they ever set foot on tera firma/the ground.

Also, squirrels, despite the many jokes made, are exceptionally good to eat, and especially when prepared by someone that knows how to handle cookware.

Perhaps current situations lend themselves to a return of the old ways—a walk in the woods, learning woodcraft, escaping the modern world, if only for a bit, amongst the heat, dripping sweat, the mosquitoes, the snakes, and the droning of the katydids? I have even stumbled on the whereabouts of several trophy bucks, while squirrel hunting in the early fall.

If you want to give hunting tree-rodents a try, check out your State and Federal wildlife agency websites for easily accessed public hunting lands. There really are a lot of woods out there in the Mid-South for you to enjoy. Be sure to buy your license!