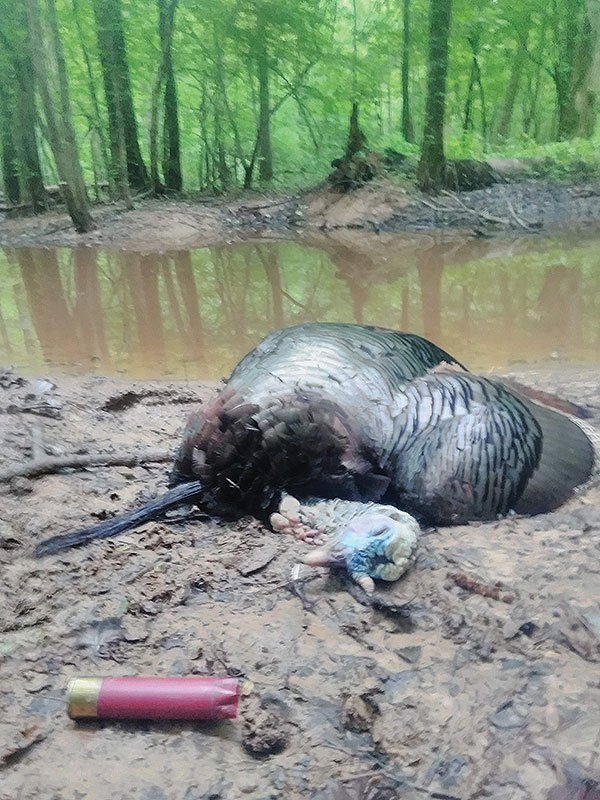 Major League Baseball Hall of Famer Rogers Hornsby was once asked what he did after the season and he aptly replied: “Stare out the window and wait for spring.” For turkey hunters this would be a valid response as to what they do when deer season ends. But it certainly doesn’t have to be and nor should it.

For people who love the outdoors and especially turkey hunting there is no real down time. If you aren’t doing something, then you’re most likely missing out on something. Time management, even during the “off” season can be critical to success.

Paul Harris says likes deer hunting, but he loves turkey hunting. He says being aware of what goes on during deer season can help you when the long beards start to strut.

“I might be bow hunting or setting up stand but in the back of my mind I’m thinking about what it’s going to look like in the spring,” Harris said. “The woods are always changing, and you have to be in the woods and pay attention to notice.”

When deer season ends in Mississippi, there’s roughly six weeks until turkey season begins and while that seems like plenty of time it’s often a mad dash. Taking your time and scouting properly is paramount to success. Harris says he’s learned to really enjoy shed hunting, and it’s a part of his preseason routine. Something as simple as looking for freshly shed deer antlers can be another tool for the turkey hunter.

“Looking for sheds is pretty fun–it’s like an Easter egg hunt for grown-ups,” Harris said. “Plus, I’m walking through woods looking at the ground and really paying attention to details. When you focus hard on finding those sheds you start to notice other things on the ground that might help you out. I might pick out an area that I’ve never seen turkey tracks before or a new place to cross a creek.”

Ronnie Parker is a self-proclaimed public land turkey hunting junkie. He specifically hunts public land and says the preseason work is a must if you plan on chasing long beards on public land.

“I’ve gotten my three-bird limit every year for 22 straight seasons and every bird was killed on public ground,” Parker said. “It’s like practicing for a ball game, when you work hard in the off season the actual season isn’t hard. It’s just the result of your hard work.”

Public lands tend to be more intensely managed than private lands and are constantly changing. Since most people hunt different places and different WMAs it’s critical to know what’s going on in those areas. What it looked like last spring may vastly differ from how it looks now.

“I spend a lot of boot time on the ground and time in my truck riding to see what’s happened,” Parker said. “They may have burned in an area or select cut or added/closed a road etc. It would ruin a good hunting day to drive up to a spot you love and see that it’s been select cut, so I want to know all that going in.”

If you are going to spend your time hunting public land, then it’s helpful to know the ones that know it better than anyone else. Parker says he takes the time to meet and talk to the WMA manager and biologist that routinely work in the area. Getting information straight from the source is a good time saver and can help in preseason planning.

“I’ve found out that those guys can be really helpful and if you get to know them and you’ll learn a lot,” Parker said. “They are on these places all year long and I’ve gotten some great information over the years by drinking coffee and talking to them.”

The end of deer season marks the beginning of a unique time for those who love to hear the thunder of gobbler. It’s a time to keep your boots laced tight and your eyes and mind open. While Hornsby may have stared out the window and wait for spring, turkey hunters need to get their homework done so they’ll be ready when spring does come.