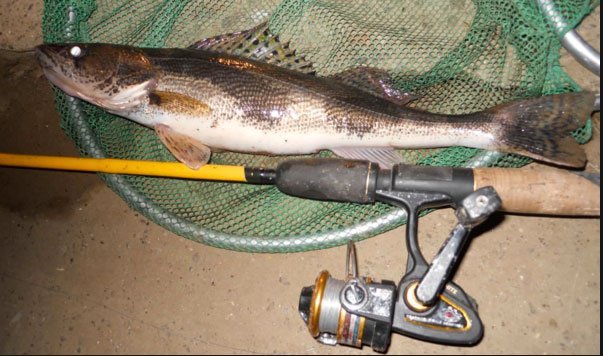 Sauger! Many say it’s the best-tasting fish we have in the Mid-South. I do know it’s the cleanest to dress, even in your kitchen, as I have done so many times with no odors. Why are they so desirable? Because they only consume shad and other small minnows. Even though they generally feed on the bottom, they are not scavengers as are other bottom feeders.

The accepted technique is using bait or lures on the bottom where there is a current break. This break can be caused by rocks, drop-offs, or even eddies where upstream and downstream currents meet and divide.

Heavy, hair jigs from one- to two ounces tipped with a minnow and stinger hook are most common and very economical which is definitely a factor when bottom fishing. Snagging deep obstacles can be annoying if one drags lures instead of using a lift or hopping technique. A stiff rod and spinning reel loaded with light line make for the perfect combo. Some use bait casters effectively, but the lighter spinning rods save a lot of energy in comparison. Their sensitivity is also a factor since sauger can strike very softly. In fact, most bites are on the fall and are not felt until you go to lift the jig. It’s not unusual to hook one on the smaller stinger hook on the lift, so a good healthy hook-set is advised.

Another method, though not as common, is trolling a small, floating, minnow-style, like a Rapala behind a Bait Walker. In northern waters this is also a common walleye technique in lakes or rivers with little current. But we Mid-Southerners, can use it to great advantage when the waters below dams are fairly still with no gates open. Schools of sauger will be cruising the slack waters in search of wounded shad that have survived the turbines and sought shelter in the calmer waters.

Years ago, jigging a Heddon Sonar, a flat metal lure similar to the Steel Shad was a very effective technique in both slack and moving waters. The importance of keeping a tight, straight line, perpendicular to the bottom cannot be over emphasized. A line bowed by current or wind is less likely to feel the light strike of a sauger. This is why lighter lines are preferred, as they are least affected by the current. Line size is a compromise. Snaggy bottoms require heavier lines or the risk of losing lures. Those fishing the old reliable Sonar also used on a ball bearing swivel to prevent line twist.

Bank fishermen, traditionally, use an egg sinker with enough weight to keep it on the bottom in one place. It’s combined with a medium minnow and light wire crappie hook for better penetration. Bank fishermen also seek out place where a break occurs, usually a drop-off or boulder-strewn location.

Sauger fishing can be a great way to break up the boredom of a cold winter. Be sure to dress appropriately in layers, wear your life jacket, and send us your pictures. MSHFN.