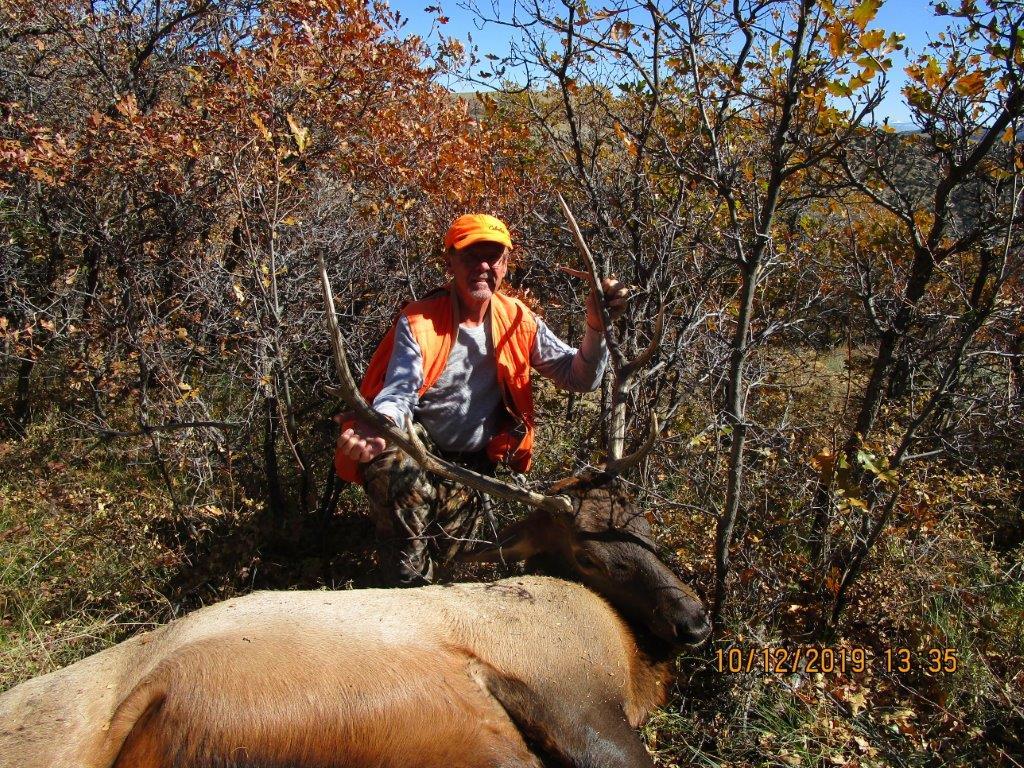 I continue to learn about elk hunting and add a little to my repertoire every time I have a chance to go.

Some of the “get’n readies” are fun. I begin recreational packing in August. And, pre-trip preparations are not so fun, like getting in shape. But a fun getting-ready task is getting my gun tuned up.

To begin, from the bench I get my smoke pole to print about 2 ½ inches high at 100 yards. Even though my 7mm Remington Magnum pushes a bullet out the front end plenty fast, I still check it at 200, 300 and 400 yards to be sure the holes are where the ballistic tables claim they should be. 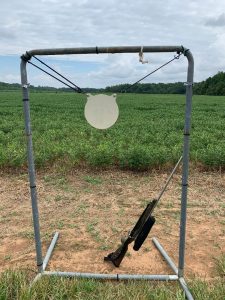 Like many rifles, mine is a prima donna and likes certain brands and bullets. It petulantly spits everything else with about the same predictability as tracking a single molecule out of a water hose. After some experimentation, I found a cheap brand that shot just about as well as the ones stored in Fort Knox. I use the latter for hunting and practice with the ones priced less precious.

The key, for me, lies in three basic approaches. First, once the rifle and I shake hands on the bench and agree where the holes were supposed be. I do not shoot at orange dots. Instead I shoot at a 10-inch metal plate. Second, once sighted-in, I never shoot at targets less than 200 yards or beyond 400. And third, I never shoot off the bench, but only in the conditions I expect in the field.

After hanging the metal plate, I move away to some random distance and quickly use the range finder to mentally calculate drop. Then, I shoot from an improvised rest. Let’s say I stop at 357 yards. For my rifle, with my choice of ammo, I need to hold about six inches above the plate to get a ring of satisfaction from the metal target.

In short, a “ding” equals “meat.” No “ding” equals no meat, and if big antlers are involved, that would yield nightmares and no sleep.

You just cannot argue with a metal plate. It has the final word.

All summer, in the relative cool of a Saturday morning, I practiced in this manner and my confidence grew. Or maybe, it is safer to say, “my intimidation lessened.”

And before I knew it, the evening before the elk season opened and we glassed the Coloradan high country, and saw three separate bulls before dark, each without a harem and each looking lonely.

Next morning, Dick and I began along a canyon rim, a place any of the three might have wandered into during the night. He called and we sat, walked, called, and sat some more. Nothing. But like any good place, it was full of banjo-string-tight possibilities.

Then, Dick ducked and pointed. A bull was down low, across the canyon and way over yonder. A gnarly, dead cedar looked to make a fine rest if I could get to it. I Quasimodo-ed down the hill and once there wiggled in like a fellow trying to get into a bathtub covered by a brush pile.

The bull was partially covered in gambrel oak with only his neck and bit of one shoulder showing. He was 286 yards away. This is a Western chip shot, but as an Eastern hunter more accustomed to 100 yards, I normally would have been running around in my mind yodeling like a scalded beagle. But I had practice behind me and this “286” only registered as, “hold it dead on.”

BOOM! It was a hit. The elk stood. BOOM! Another hit. Elk are big and tough. Sometimes it seems as you are hitting them with nothing more than snowballs. He was standing and facing right, exposing his near shoulder. BOOM! A third hit, it stumbled and went down.

After that elk trip I was in a homey stand here in West Tennessee wiling away a beautiful evening, not really expecting much but just soaking up the being-out-there aspects of hunting. I had a book and would read a bit, look a bit, and then read a bit more. During one of those bits where my head was down a 14-point buck ambled across into what would have been full view. I looked up just in time to see him within only a few steps from being completely gone. If I had read down to where the cowboy got the girl, I would have missed seeing the buck altogether. (AirPods and audio books went on my Christmas list.)

I had only moments to make up my mind (a resounding “yes”), get ready, and shoot. It was a long shot, an odd angle, and an improvised rest—all things I had not accounted. The buck had stopped to look my way and he suddenly came into the scope’s 14-power view, wobbling in behind the crosshairs. Everything froze. The gun went off and he went away in a single, quick leap.

I hurried down to look for blood and in the developing gloom. The shooting light was fading, and the ground was beginning to get gray, but with enough of light of day to make a flashlight useless, I found nothing. My spirits were falling with the sun, but some keen bit of confidence brought those crosshairs back to mind, and I knew I had hit him well.

I looked again, again, and there is was, the trail. I tracked him into the night and into the cloud-laden chill of a brooding snowstorm; and I found him.

An elk, a buck and in my mind’s eye I now stood over each. As the first flakes swirled down through the young pines, I recalled how much I owed the stubborn and honest ding of a 10-inch metal plate.