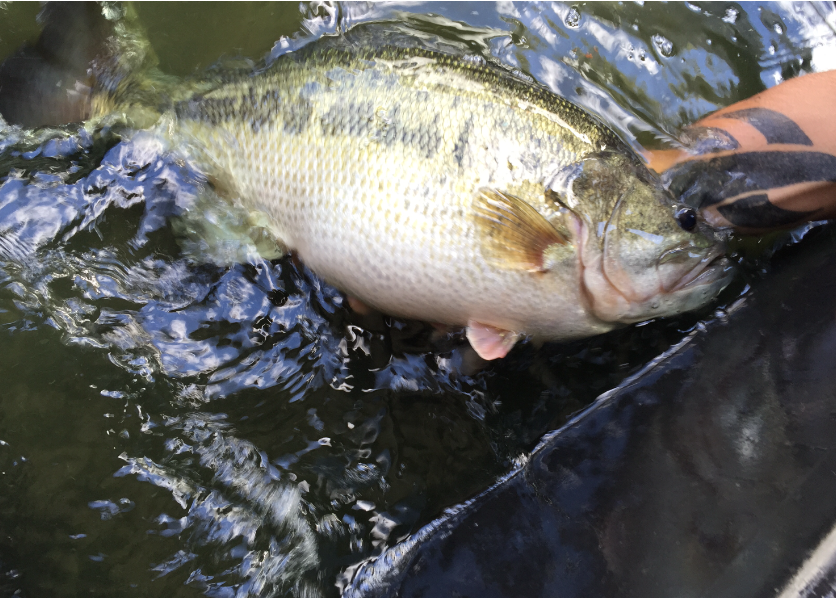 Those that keep tabs on trophy fish and wildlife management know there are plenty of management plans out there to improve the odds of trophy-caliber bucks and bass.

It is the bass that will be discussed in this article.

Several months ago, someone shared a photo of some almost cartoon-like bass caught in Florida. The fish literally looked like those big fish-pillow replicas one can buy at Bass Pro Shops. And in the age of Photoshop, much less fake news, it would be easy to believe these bass were fake.

“There is a lot of effort and common sense involved in obtaining large bass,” said Langford who has spent his life restoring lakes. The first part of his career, in the 1970s was spent in fisheries and laboratory research and as a regional fisheries biologist. He later made the move to form his own company.

“Much of it is based in plants. The whole biosphere hinges on the plant system and aquatic plants are just as important. Baitfish like threadfin shad feed on plankton, right?”

Natural diversity is also a key, Lankford said. Just because it is manmade, this doesn’t mean you need the management plan needs to be manmade as well.

Lake and pond owners need to create a natural, diverse environment. And Langford said, years ago, someone figured the best design for a big bass lake was to have bluegill and bass in a lake and that would be pretty much it.

“What you have really done with bluegill-bass, in my opinion, is create an unnatural environment, and we kind of know how that always ends up…most often with over-crowding. What you really have is two predators trying to feed off each other—like stocking mountain lions and house cats in the same area—it’s kind of pointless.”

After decades of research, Langford claims what works is: the more natural and diverse the lake, the better the results. Also, he said it is also to note this natural diversity can vary not only regionally but from one individual body of water to the next.

Of course, diversity means more than plants. A variety of substrata, depth and all that lies beneath the surface is also important. For example, there even needs to be a balance of shallow water and depth, points, cover, etc. Diversity is the key for all of it.

From Florida, to Georgia, to Alabama and Texas, Langford can cite many examples of more diversely managed lakes reaching their owner’s goals.

He also said the success of a lake comes down to having specific goals.

Is Bass-Bluegill Combo The Answer?

If you want a big bass factory, one must have a big-bass food factory in place as well. Langford said the long-standing management plan for many big-bass lakes centers on having bass and bluegill in it, and basically nothing else.

He said the initial writings on pairing bass only with bluegill were meant as research, but people took it as sound, and ran with it for decades. In his opinion the bass-bluegill plan is doomed for failure.

“A bass-bluegill is pond is not sustainable. You have a predator trying to feed on a predator…kind of like stocking mountain lions and house cats in the same area. Again, it goes back to diversity. I have seen lakes with untold pounds of “trash” fish and bass both living happy and fine in them…because of the diversity. If you have that balance, one fish species doesn’t exclude the other.”

Genetics is also a big bass factor. Langford said a lot hinges on microproteins and selective pairings for these proteins can mean amazing yields. There has long been evidence of this, especially in areas where specific populations of subspecies of bass are isolated.

“Bass that have the right genetics can show amazing growth, while others don’t, even with the same amounts of food.”

Langford favors a pure Florida strain. With a variety of food sources, he has seen gains in individual fish of four pounds in a year!

To get more information about his business or his company, readers can email him at Langford Aquatics at [email protected].