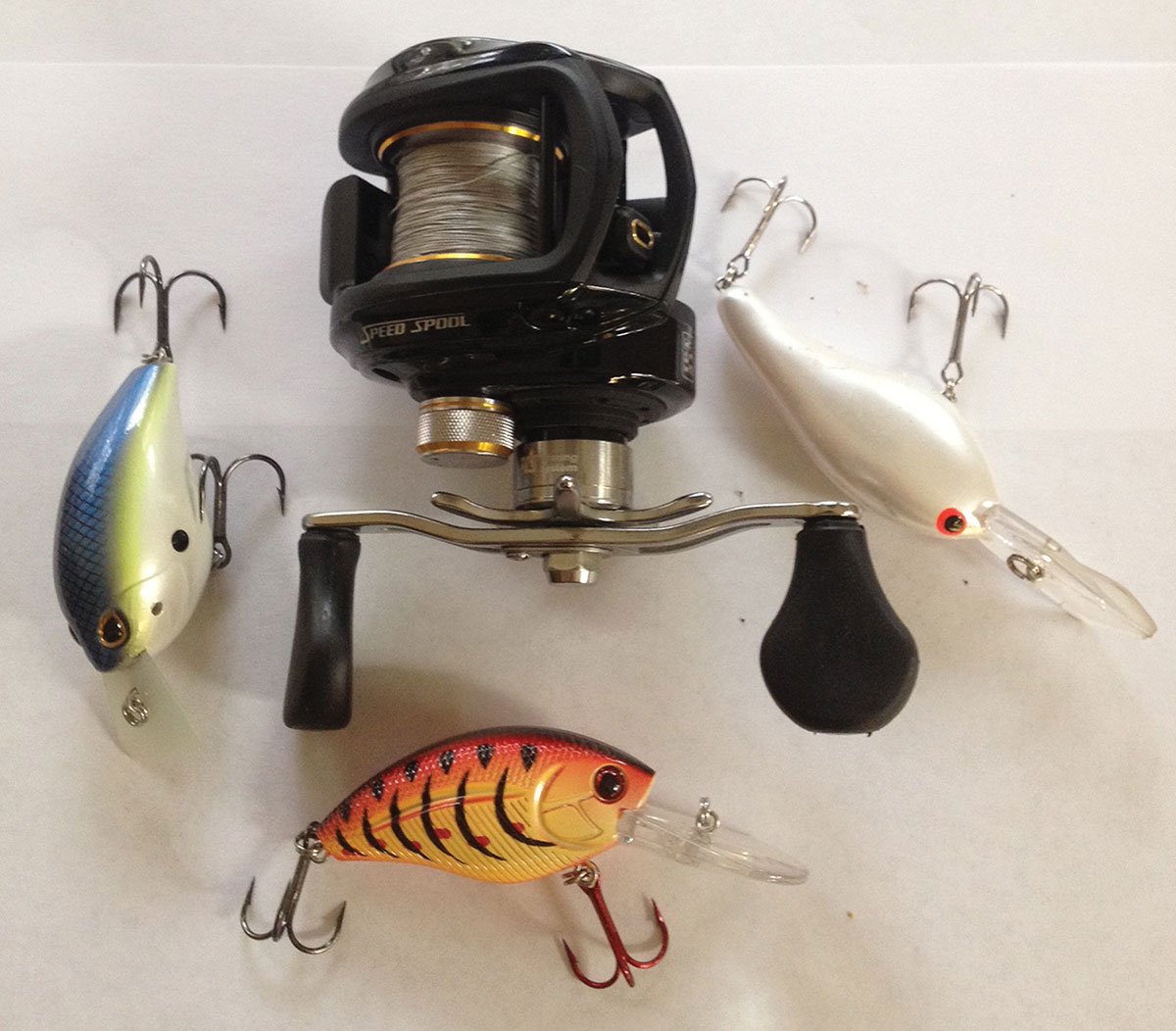 If you are an experienced fisherman, you probably have your own opinions formed by years of use of different types. But even us “old heads” might need a refresher course in the use of them. We will concentrate on the ones with a diving plane or “bill”. These can be divided onto three categories: round bills, square bills, and coffin bills.

Round bills – These are the original diving lures that began back in the twenties with the early Heddon and Pfiueger brands. Prior to these that dived beneath the surface, the only lures that could reach depths were spoons and heavy weighted lures. The bills or “lips” not only enabled a lure to reach several feet under the surface but also were contributors to the action that lured fish to the main body of the lure. Round bills are still common and effective on artificial lures, especially in clean, deep waters. Clean, meaning waters free of snags or other obstacles that might mean the end of their use. The length of the bill and/or the position of the line tie determine the depth that it will dive. Longer lips also provide an action of their own and my make it more snag free. Some lures have several line ties that make the lure more versatile in depth and action. 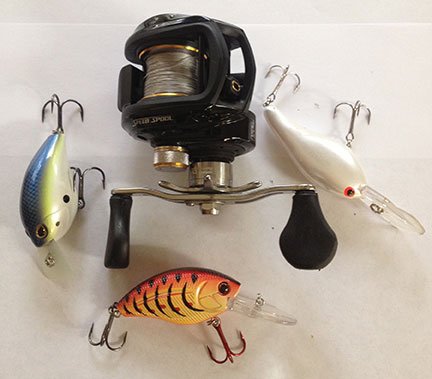 Square bills – In the late seventies, square bills came to be the choice of a select group of fishermen who recognized that these hybrid designs not only made for a tighter, more rolling action that provided more variation and contrast of color of the lure’s top side and bottom, but made it much less likely to snag. The wider bill was especially useful in shallow, obstacle – studded waters. Square bills tend to glance off of wood and rocks. This sudden change of direction might be all it takes to trigger a vicious strike for a lethargic bass. It enables an angler to probe brush piles, laying logs, and rock piles with much more confidence than their round bill counterparts, but are best relegated to shallow water conditions of six feet or less.

Coffin bills – Coffin bills are a much, overlooked variation of a billed crank bait. The diving plane looks just like a coffin. It combines the snagless features of a square bill with a longer bill enabling it to, not only be more snag free but to dive to greater depths that the square bill. The action has a much tighter wiggle than either the round or square. For maximum action, depth, and snag free capabilities, the coffin beats the others. Coffin bills are usually attached to flat sided crank baits resulting in their tight wiggle, ideal for slow cranking in cold water environs like we have right now.

Moat billed crank baits are best used on a slow retrieve reel of 5-1 ratio to even slower. Older model Ambassadeurs, Quantums, and the new David Fritts’ Lew’s may have as slow a retrieve as three or four to one. This slower retrieve enables one to match the cold-water metabolism of a bass. This also helps in boating a sluggish lunker that may tend to “wallow’ in a small area rather than make long, fast runs, as in summer. Slow retrieve reels also inhibit angler’s fatigue over a day’s fishing. Rods should have enough backbone to keep pressure on the fish but enough tip action to cast long distances, absorb the shock of the strike, and have enough give to keep from pulling out the hooks. Mono lines having some stretch also help in keeping the hooks attached. Remember, the lighter the line, the deeper goes the lure. Keep on crankin’. MSHFN.