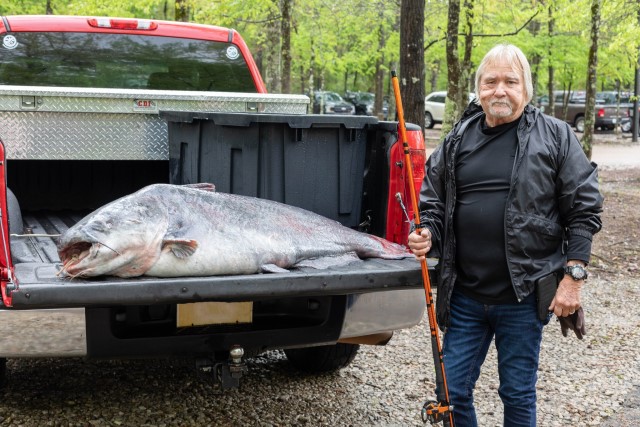 According to the Mississippi Department of Wildlife, Fisheries, and Parks Facebook page, there is a new record holder in the state for blue catfish. 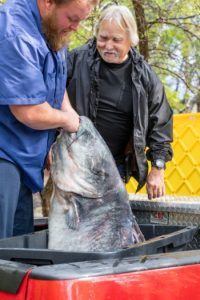 The Mississippi Department of Wildlife, Fisheries, and Parks Fisheries Bureau has certified a new state record blue catfish. Eugene Cronley, the lucky angler from Brandon, caught the 131 pound fish on April 7, 2022 from the Mississippi River near Natchez. Mr. Cronley said that it took him forty minutes to land the huge fish, “it is truly a fish of a lifetime.”

The fish shattered the previous rod and reel record of 95 lbs. caught by Dakota Hinson in 2009 and is larger than the trophy record blue catfish of 101 lbs. caught by the team of Freddie Parker and Brad Smith in 1997. Interestingly, both of those fish were also caught from the Mississippi River near Natchez.

Mr. Cronely caught the fish with a rod and reel using skipjack herring as bait.