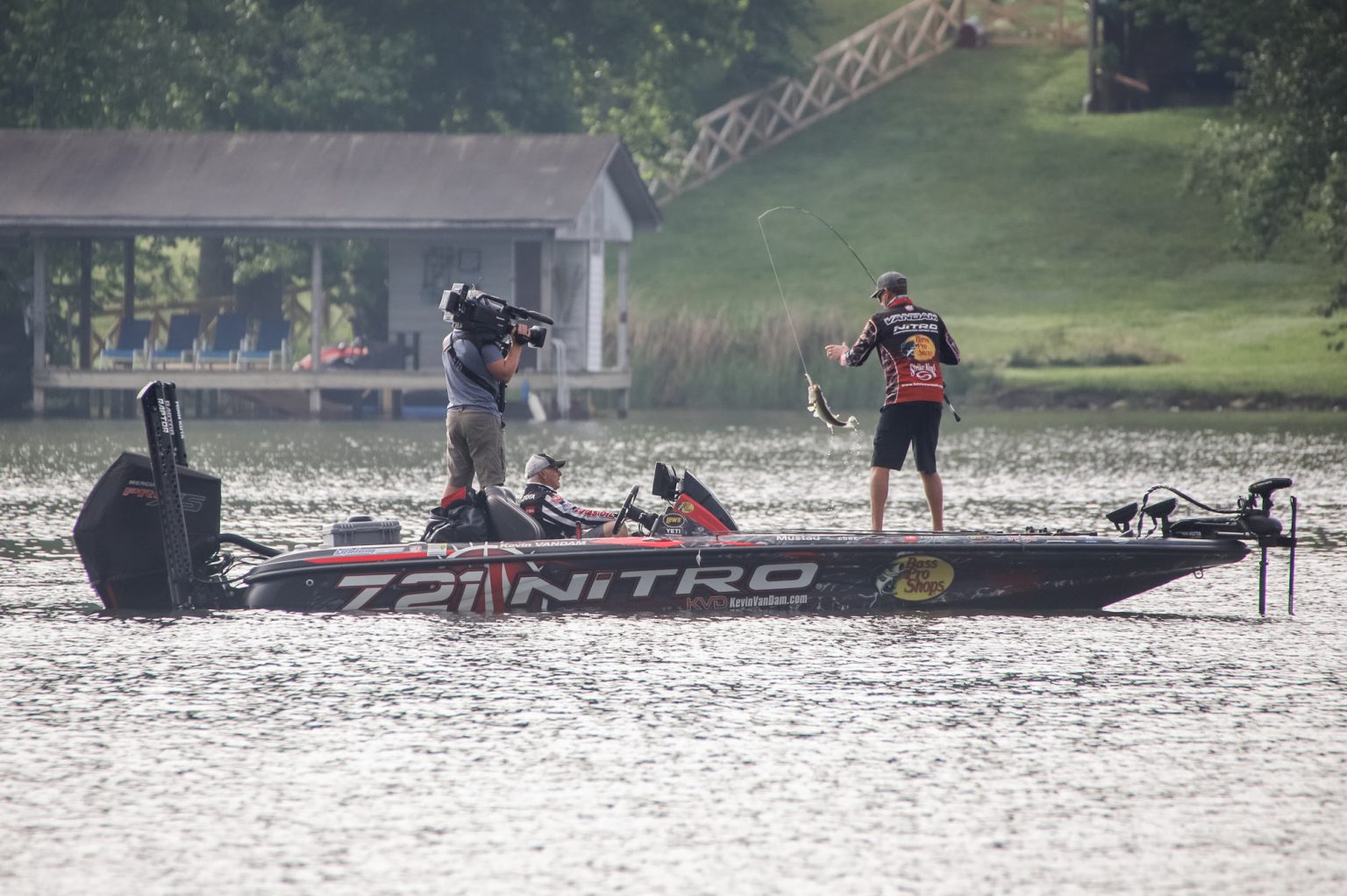 COUNCE, Tenn. (April 13, 2022) – Major League Fishing (MLF), the world’s largest tournament-fishing organization, is set to return to Counce, Tennessee, next week, April 21-24, for the third event of the 2022 MLF Tackle Warehouse Pro Circuit Presented by Fuel Me regular-season – the Lithium Pros Stop 3 on Pickwick Lake Presented by Covercraft. Hosted by the Hardin County Convention and Visitors Bureau, the tournament will showcase professional anglers competing for a total purse of more than $850,000.

“This is a really exciting time for Hardin County,” said Beth Pippin, Tourism Director, Hardin County Convention and Visitors Bureau, “We are honored to have Major League Fishing back on Pickwick Lake, Tennessee for the Tackle Warehouse Pro Circuit event. Our partnerships with the Tennessee Department of Tourist Development, TWRA and Tennessee State Parks continue to grow our reputation as a great place to fish for professionals, amateurs or visiting families. We welcome MLF anytime to our waters.”

In its 27th season, the Pro Circuit features a roster of 158 of the world’s best bass-fishing professionals – including 16 pros from Tennessee – competing across six regular-season events, each with a top award of up to $135,000. The field is also competing for valuable points to qualify for the 2022 Tackle Warehouse TITLE Presented by Mercury, the Pro Circuit Championship – held this year on the St. Lawrence River in Massena, New York – and the coveted Pro Circuit Angler of the Year (AOY) title.

MLF has held 72 tournaments on Pickwick Lake over the past 22 years, placing it just inside the top 10 fisheries most visited by MLF. This event will mark the seventh time the Tackle Warehouse Pro Circuit has competed on Pickwick Lake. When the Pro Circuit visited the lake in 2011, pro Mark Rose of Wynne, Arkansas racked up a four-day total of 77 pounds, 11 ounces, to take home the top prize. When the Pro Circuit last visited, local pro Buddy Gross earned the victory over four days with 74 pounds, 5 ounces. The reigning Pro Circuit AOY Michael Neal, who will be competing in this event, has finished runner up twice in the last two Pro Circuit visits to the fishery.

In Tackle Warehouse Pro Circuit competition, the full field of 158 anglers compete in the two-day opening round on Thursday and Friday. The top 50 pros based on their two-day cumulative weight will advance to Saturday. Only the top 10 pros, based on cumulative weight from the first three days, will continue competition on Championship Sunday, where weights will be zeroed and anglers will compete in a one-day shootout for the grand prize of up to $135,000, including the lucrative $35,000 Phoenix MLF Bonus for qualified anglers.

Pro Circuit angler and reigning 2021 TITLE champ Jimmy Washam of Stantonville, Tennessee , has spent a lot of time on the fishery recently and said he is excited to see how the tournament is shaping up.

“The fish were biting well and had started making a push to the bank,” said Washam. “The lake seemed really healthy, with a lot of 2½-pound chunky largemouth and even more healthy smallmouth than we normally see. There was a lot of bait and the lake seems to be in really great shape for the event.”

With heavy rains in the forecast, Washam said guys will have to be on the lookout for fluctuating water levels, which will affect the fishing.

“The thing about TVA fisheries is, if necessary, they can put an extra 2- to 3-foot of water in the lake at the snap of a finger, which would definitely throw a curveball for the whole field, displacing fish and shaking things up.

“If we get pretty heavy rain out east, they may have to pull the water down real hard, then fill it back up to allow for the water to flow through this system. This time of year, you can definitely see some extreme water fluctuation – 3- to 4-foot in a matter of a couple days – and that will definitely change things drastically.”

While there are many variables to the fishing conditions, patterns and baits expected to be used during the event, with anglers catching fish around docks, on drop-offs and out a little deeper, Washam said he believes the event will mostly feature standard bank-fishing on visible targets.

“Some guys will have a spinning reel in hand and others will be flipping a Texas rig or jig – just your standard stuff to fish targets and cover when the fish move up to the bank,” said Washam. “I expect to see a lot of Texas-rigged and Carolina-rigged plastics, finesse stuff, a lot of shaky heads, Ned rigs and wacky rigs.

“There’s always the wild card on the Tennessee river where someone could catch a mega-bag, but I think somewhere around the 80-pound mark will probably be the winning weight for the event,” continued Washam. “Daily weights can be hard to predict because when fish are really into spawn mode they can get harder to catch, but I think a little shy of 18 pounds per day should get you into the top 10.”

Anglers will take off at 6:30 a.m. CT, Thursday through Sunday, from the Pickwick Landing State Park located at 120 Playground Loop in Counce. Weigh-ins will also be held at the park daily at 2:30 p.m. Fans are welcome to attend the event or follow the live on-the-water action all four days of competition online on MLF NOW! beginning at 7 a.m. CT at MajorLeagueFishing.com.

Fans can also meet PAW Patrol’s Marshal and Skye prior to the weigh-in from 1-2:30 p.m. on Saturday and Sunday, April 23-24, and youth can fish in the Kids’ Fishing Derby on Saturday, April 23 from 1-2:30 p.m. Bait will be provided, as well as the use of 50 rods and reels during the event. Prizes will be awarded to the first and second place youth anglers who catch the most fish.

The MLF Tackle Warehouse Pro Circuit Lithium Pros Stop 3 at Pickwick Lake Presented by Covercraft will feature live on-the-water coverage and a two-hour action-packed television show that will premiere in July on the CBS Sports Network.

The 2022 season culminates with the Tackle Warehouse TITLE Presented by Mercury, the Pro Circuit Championship, where the top 48 pros in the points standings, along with 2021 TITLE Champion Jimmy Washam and 2021 AOY Michael Neal, will compete for a top prize of $235,000. The 2022 TITLE will be on the St. Lawrence River in Massena, New York, Aug. 16-21, and is hosted by the Town of Massena.