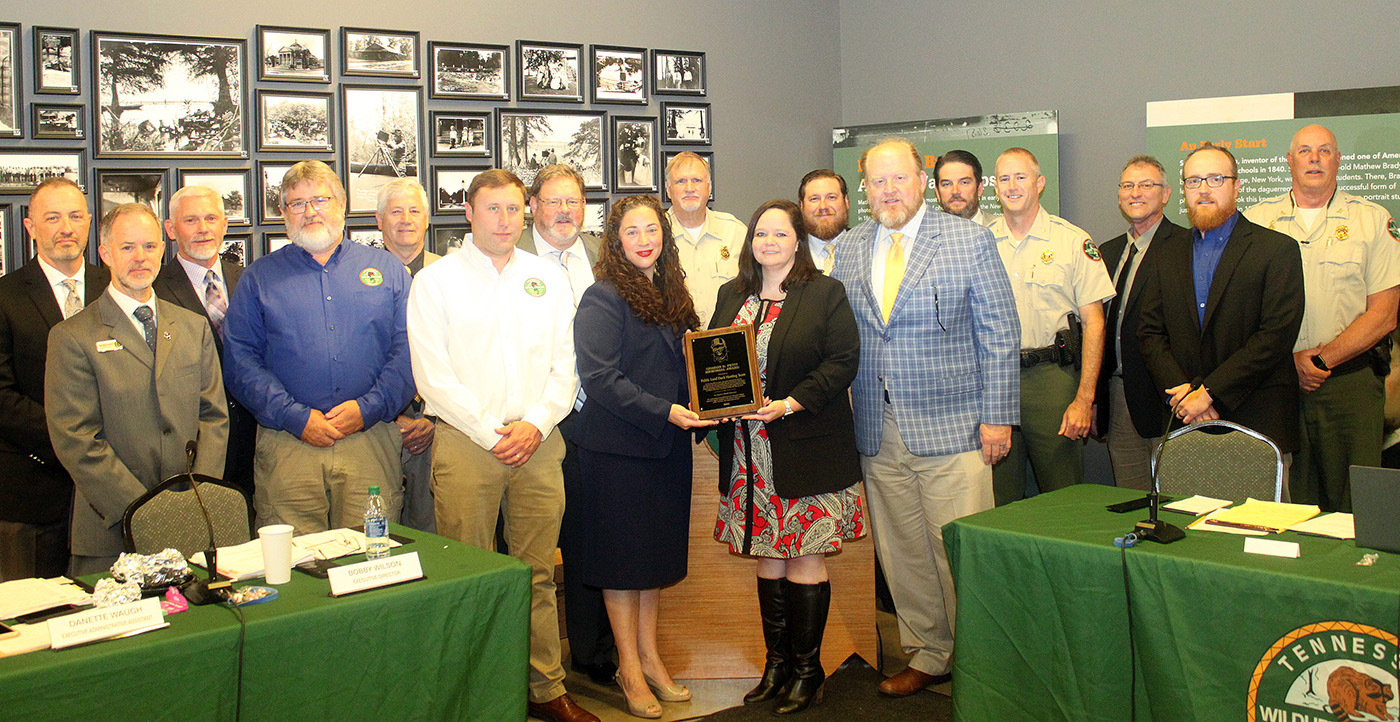 NASHVILLE — The Tennessee Wildlife Resources Agency’s Public Land Duck Hunting Team has received the Ged Petit Award as presented by the Tennessee Wildlife Federation.
For many years, the TWRA and Tennessee Fish and Wildlife Commission members have heard from duck hunters about the limited number of public duck hunting opportunities and how they are allocated. A broad team of personnel from throughout the Agency examined these concerns and considered how to improve access and opportunity.

The TWRA contracted with the University of Tennessee to conduct a scientific, third party random survey to accurately measure duck hunter attitudes, opinions, and satisfaction. TWRA then held a series of public meetings and welcomed public comments as they presented conceptual solutions, gathered input and ultimately formed a comprehensive proposal, which provides additional hunting opportunity while maintaining the traditions of waterfowl hunting in Tennessee at Tennessee’s best public duck hunting areas.

The award was presented at the May meeting of the Tennessee Fish and Wildlife Commission. Several team members were in attendance for the presentation. Members of the team and their area represented were:

The Ged Petit Memorial Award is presented to a TWRA staff member(s) in the areas of citizen education, public outreach, and community services. The honored recipients are recognized for those traits which exemplify the dedication, energy, enthusiasm, skills, and dedication of the late TWRA officer.