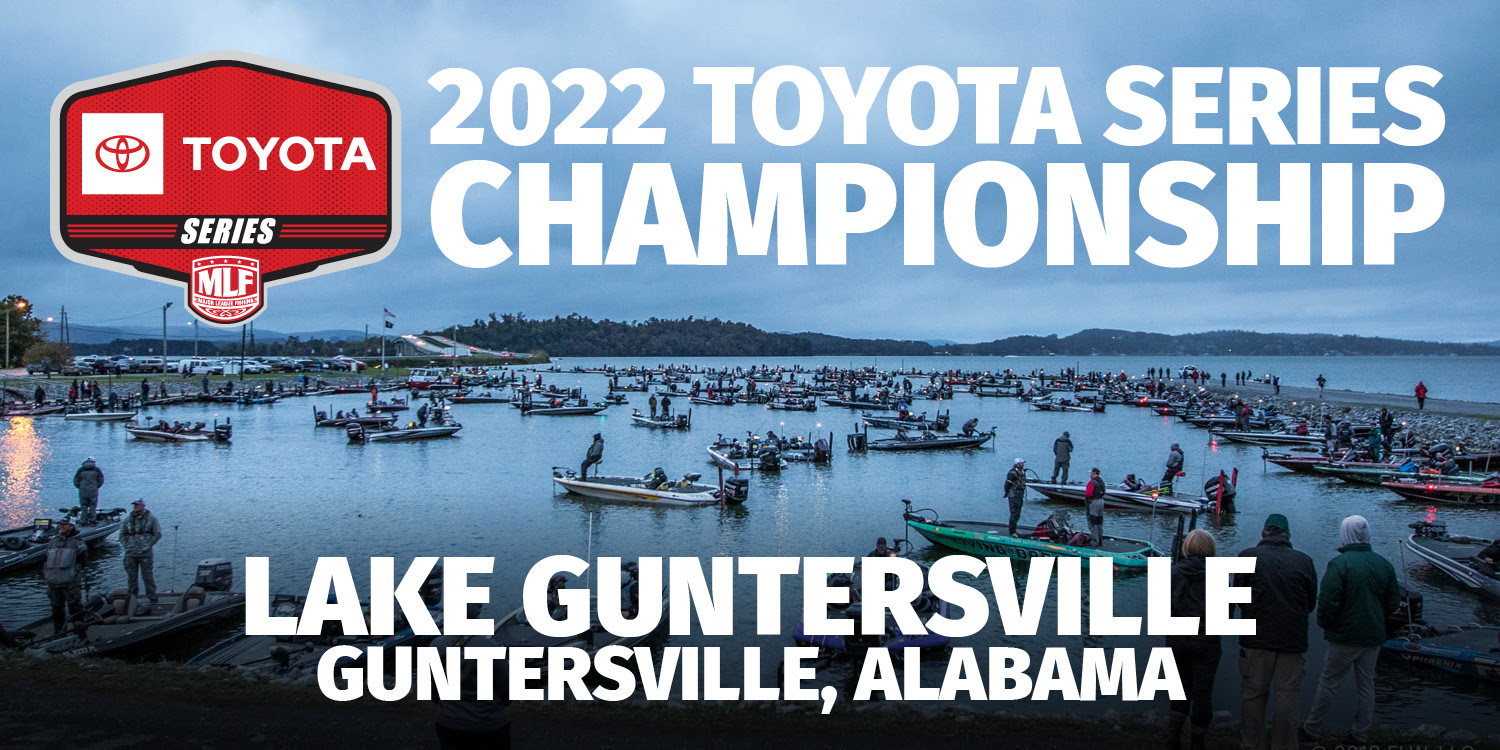 GUNTERSVILLE, Ala. – Major League Fishing (MLF), the world’s largest tournament-fishing organization, announced today that Guntersville, Alabama has been selected to host the prestigious 2022 Toyota Series Championship, Nov. 3-5, 2022, on Lake Guntersville. The three-day, no-entry-fee event, hosted by Marshall County Tourism and Sports, will be the culmination of the 2022 Toyota Series Presented by A.R.E. season, a six-division circuit that offers the best payouts and advancement opportunities for the lowest entry fees available on any national tournament trail, paving a path to the Tackle Warehouse Pro Circuit and ultimately the Bass Pro Tour.

With lodge accommodations, cottages, chalets and campgrounds, as well as an abundance of attractions, including swimming, boating, recreational fishing, golf and tennis, Lake Guntersville State Park is an outdoor adventure destination that ranges over 6,000 acres of natural woodlands.

“We look forward to hosting the anglers who qualify for the Toyota Series Championship at Lake Guntersville in the fall of 2022, including the international anglers and their families and friends,” said Katy Norton, President of Marshall County Tourism and Sports. “We are honored that Major League Fishing would consider our lake for their Toyota Series Championship and are excited to see the anglers bring in big weights and big bass during the competition.”

The 2022 championship will launch from Civitan Park, located at 1130 Sunset Drive in Guntersville, Alabama. Home to local concerts and numerous community festivals, the park stretches along the lake’s shoreline and includes a T-dock, amphitheater, walking trails and pavilions, making it the perfect location for hosting fishing tournaments, 5K runs and corporate picnics, as well as enjoying outdoor recreation.

“Lake Guntersville is one of the premier fisheries in the country and has been the site of many successful MLF events through the years, “said Mark McWha, MLF Toyota Series Tournament Director. “We expect to see a lot of big bags that time of year, especially with the caliber of anglers who will be in contention, and are thrilled to be working again with Marshall County Tourism and Sports to bring the championship back to Alabama.”

The 2022 Toyota Series Presented by A.R.E. will consist of six divisions – Central, Northern, Plains, Southern, Southwestern and Western – each holding three regular-season events, along with the International division.

The 2022 Toyota Series Championship will be televised nationally on CBS Sports and the Sportsman Channel. Air schedules will be announced at a later date.

The complete 2022 Toyota Series schedule can be found online at MajorLeagueFishing.com.