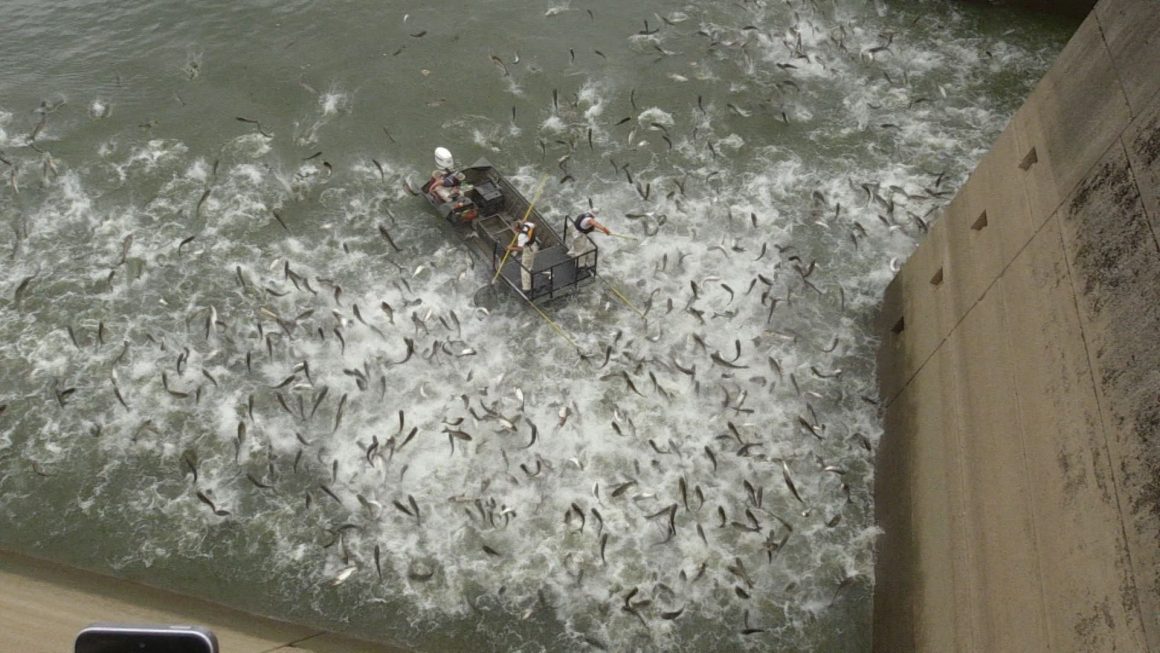 For decades, four invasive species of carp have been devouring plants, gorging on plankton and endangering an interconnected community of fish, plants and mollusks beneath the murky brown water of the Missouri River.

At the same time, conservationists and officials across the country have been fighting to control carp-wrought damage: conscripting scientists, installing barriers, contracting with commercial fishing companies, and even, later this year, starting a campaign to get more restaurants to serve the fish.

Now scientists at the U.S. Geological Survey and the University of Missouri have identified a potential breakthrough: They are studying the complex way carp eggs move in rivers, in hopes they can kill them while still young.

“We’ve been developing better ways to remove large numbers of adult carp,” said Duane Chapman, supervisory fish biologist with the USGS. “But you need to think about the other end as well.”

Carp eggs drift for miles, and, as they drift, the fish develop. If researchers can figure out where they land, and if those locations are suitable for the growth of young carp, then they can target sites and intercept the eggs.

Water moves in three dimensions—downstream, side-to-side and up-and-down. But river models so far have been relatively simple, generally based on one or two dimensions, researchers say. Now, however, they have access to more powerful computers, have spent hundreds of hours gathering new water flow data, and have found some help—an expert who specializes in fluid physics. All of that means scientists now hope to use three-dimensional water flow data to chart the paths of the eggs.

There are four species of invasive carp in Missouri rivers—bighead carp, black carp, grass carp and silver carp. All are important foods in China, cultivated there for more than 1,000 years.

U.S. fish farmers largely imported them in the 1960s and early 1970s to keep fish farms and other ponds clean. But farmers failed to secure the fish properly, scientists have said, and the carp jumped ship, making their way into the Missouri and Mississippi rivers, and spreading rapidly throughout the Midwest.