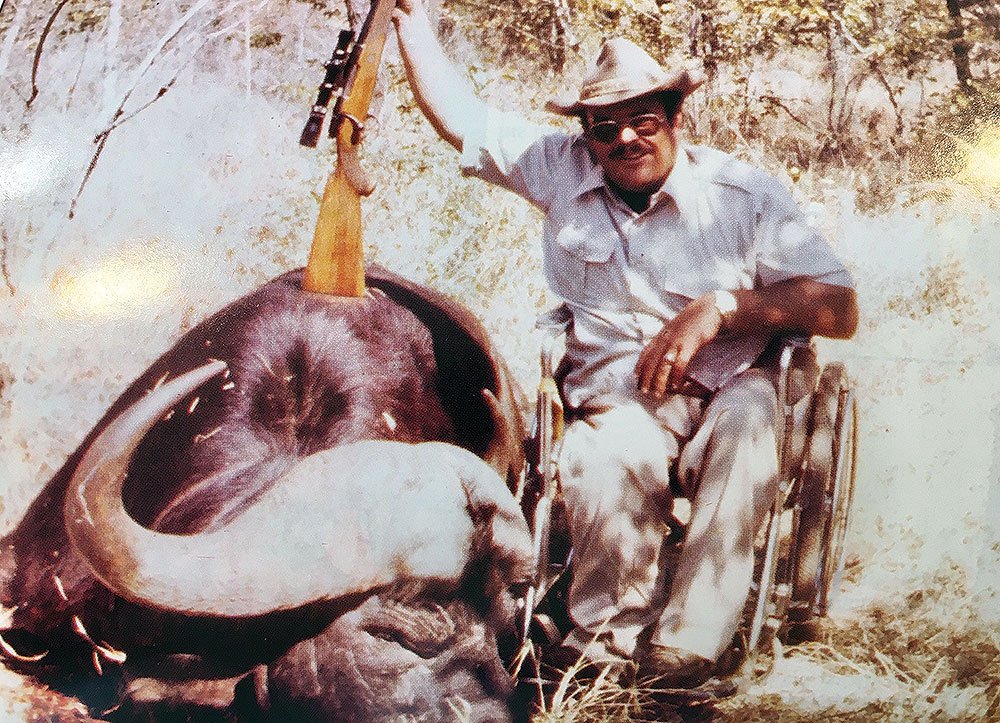 The outdoors is a bit of a contradiction. We often claim to go hunting and fishing because of the solitude or the away time, but when you ponder it, a lot of the fun is really tied to the company we keep or people we meet.

Talk about a cast of characters! The famed fields and streams have flocks, herds and schools of interesting people. Even now, my mind flashes through a memorable and diverse cast that I’ve enjoyed knowing or simply hearing about through hunting and fishing.

In ensuing issues of the MSHFN we are going to feature outdoors originals…those people so unique that you have say: I wish I could go hunting or fishing with them.

First up is Spence Dupree. As a child, he was run over near his home by a truck hauling sweet potatoes and was wheelchair bound for the rest of his life…a life that was far from bound, by the way. 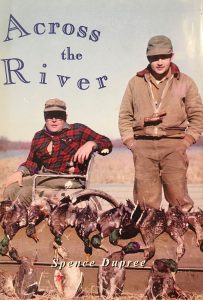 Because he was always in a wheelchair, I think he wore originality like a comfortable coat. Circumstance made him the center of attention, and he made the most of it. A rich Southern voice, a head full of memories and some aged beverage over ice and it was, as they say, on. He could really let the tales flow.

Dupree’s dad Spence Sr. was a major influence. Because the youngster couldn’t play the traditional sports, Spence Sr. encouraged his son to enjoy the outdoor pursuits, and so began a boy’s passion.

He would go on to be an excellent outdoor columnist for the Jackson (Tenn.) Sun and the MSHFN. He traveled the country and abroad hunting and fishing. He wove grand tales of such and shared with thousands of readers.

Dupree seldom included his disability among his columns. Why? It never got in his way.

Necessity breeds originality and many are the avenues and techniques that he and his friends developed to assist him in his outdoor efforts.

In a time where disabled-access, ramps, signage, etc. were sparse and mostly non-existent, Dupree rolled on. If ever there was a pioneer for the disabled, he was the man. But I suspect that was not his goal. His goal was to milk the outdoors for all it was worth and share in his tales the awesome, times, places and ideals that surround it.

Dupree had a brilliant mind and a wonderful gift for gab, the latter, as noted, may have also been imposed on him through most often being the only guy in a crowd in a wheelchair. If everybody is going to be looking at you…provide a show. He never disappointed.

I eagerly read his columns as a child and was a definite fan. He was an inspiration to me, and one of the reasons I became a writer. I talked to him occasionally, mostly by phone about writing assignments, and enjoyed every opportunity to have audience with an inspiration. A regret is that I never got to hunt or fish with him, but I did see him shoot skeet. Another sorrow is I never told him of his influence on me, but I rest easy in the idea he didn’t have to hear it. He knew.

Late in his life he wrote his memoir Across the River (Sawtelle Printing, 2001) that detailed his adventures afield and afloat. He specifically wrote of his love for the Hatchie River Bottom, another kinship we shared.

Like Dupree, I also worked at The Sun as an outdoor columnist, and while working there the librarian came and asked if I wanted a bunch of old Spence Dupree columns that she was about to trash. I asked her if a bear went potty in the woods and seized the two shoe boxes of yellowed newsprint from her hands as if it were gold. I secretly stowed them away in my home, and sometimes read them to enjoy a memory.

Then one day, while working on his memoir, Dupree called and asked if I knew how he could best retrieve his old columns from The Sun. “Who can I talk to down there… you know, maybe without wading through the morgue (what newspapers called old files)?” he asked.

“Oh, I think I know a guy,” I laughed, quickly admitting I had selfishly squirreled away his columns.

I was so proud to deliver them to his house.

In reflection, I hope he realized my gift of gold showed how much I cared and admired him.

Postscript: As I finished this column, I dug through my office, literally, looking for a suitable photo of Dupree. In the corner of a jam-packed drawer, a folded, faded, yellow envelope “called” me. It was dated March 7, 2010, and in truth I picked it up to throw it away. Something just said, “look!” It was a post-funeral note from his late wife Myrna: “…he (Spence) admired your writing and your integrity!” she said in this forgotten note.

Relieved I hadn’t trashed it, I put the letter back in a crowded drawer. The paper now somehow looked more gold than faded yellow. I looked skyward and brain-waved the heart-felt thought, “Thanks, Spence.”

Do you know an outdoors original that could be featured in MSHFN? If so, email Taylor Wilson at [email protected].