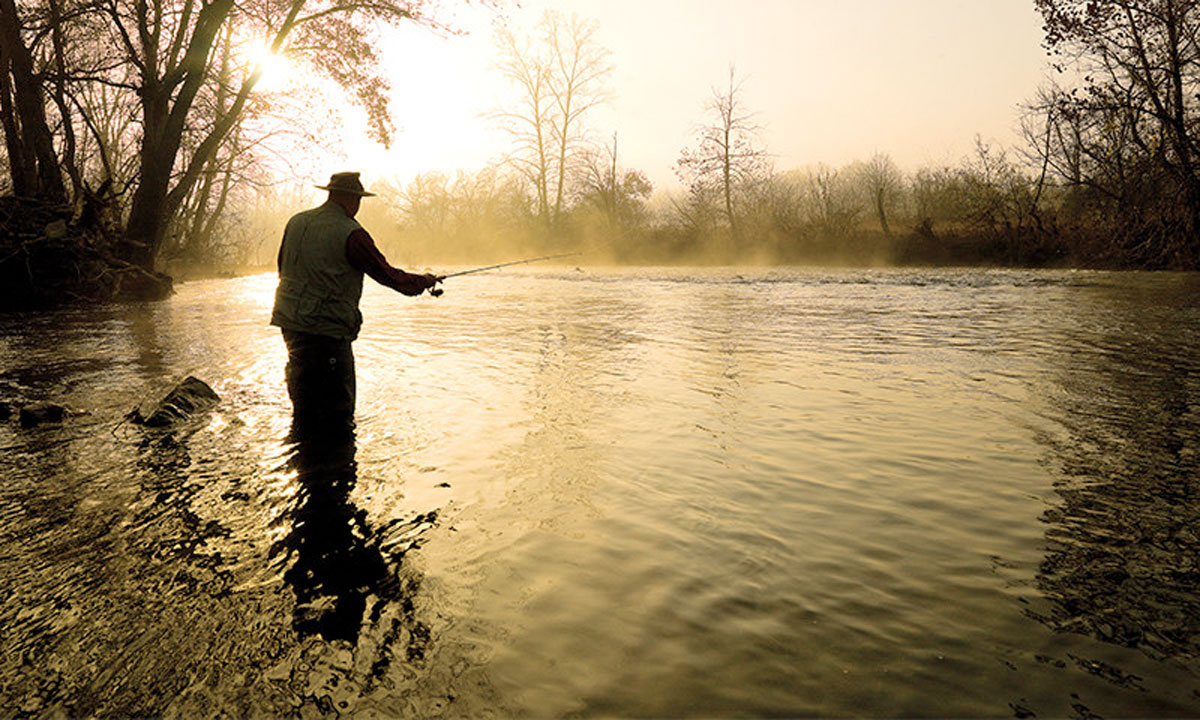 All of the lakes in the White River system are now at or below power pool. With cooler temperatures, we can expect higher flows and less wadable water. We can expect heavy generation during peak power demand

The Catch and Release section below Bull Shoals Dam is closed from November 1, 2022 to January 31, 2023 to accommodate the brown trout spawn. The State Park will be seasonal Catch and Release for the same period. All brown trout must be immediately released. In addition, night fishing is prohibited in this area during this period. On February 1, 2023 this section will open to fishing.

On the White, the hot spot has been Bull Shoals State Park. We have had some lower flows that have been fished well. The hot flies were Y2Ks, prince nymphs, zebra midges (black with silver wire and silver bead or red with silver wire and silver bead), pheasant tails, copper Johns, pink and cerise San Juan worms, gold ribbed hare’s ears and sowbugs. Double fly nymph rigs have been very effective. My favorite has been a cerise San Juan worm with an orange egg dropper on the higher water and a pheasant tail nymph #14 with a ruby midge dropper #18 on the lower water.

Crooked Creek and the Buffalo River are fishing poorly. With colder temperatures, the smallmouths are much less active. The most effective fly has been a tan and brown Clouser minnow. Carefully check the water level before entering Crooked Creek or the Buffalo River. There are no dams on these streams. They both have large drainages and are prone to flooding during and following any rain event. The water can rise very quickly.

There has been more wadable water on the Norfork. The most productive flies have been small midge patterns like zebra midges (black or red with silver wire and silver bead). Double fly nymph rigs have been very effective. Try a small bead headed nymph (zebra midge, copper John or pheasant tail) suspended eighteen inches below a brightly colored San Juan worm (hot fluorescent pink or cerise). My favorite rig has been a pheasant tail nymph #14 and a ruby midge #18. The fishing is much better in the morning and late afternoon and tapers off midday.

Dry Run Creek has fished poorly. Weekends can get a quite crowded. The hot flies have been sowbugs, various colored San Juan worms (worm brown, red, hot fluorescent pink and cerise) and white mop flies. Small orange or peach eggs have been very effective. Be sure and carry a large net, as most fish are lost at the net.

The water level on the Spring River is fishable. This is a great place to wade fish, when they are running water on the White and Norfork Rivers. Canoe season is over. Be sure to wear cleated boots and carry a wading staff. There is a lot of bedrock that can get very slick. The hot flies have been olive woolly buggers with a bit of flash, cerise and hot pink San Juan worms and Y2Ks.

Remember that the White and Norfork Rivers and Dry Run Creek are infected with didymo, an invasive alga. Be sure and thoroughly clean and dry your waders (especially the felt soles on wading boots) before using them in any other water. Many manufacturers are now making rubber soled wading boots that are easier to clean and are not as likely to harbor didymo.

John Berry is a fly fishing guide in Cotter, Arkansas and has fished these local streams for over forty years.