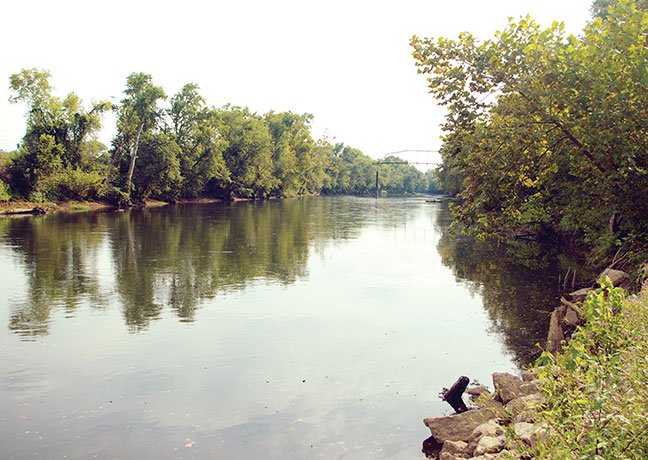 I was a lucky man, there was no doubt about that.

I peered into the darkness, just before daylight, and felt the early morning fog wrap me in cool hug. That and the day’s anticipation produced chill bumps as a I waited, listening for that splash or just the subtle sight of ripples as a big brown rises to take a midge or some other critter off the surface.

I also looked around for my fishing partner, hidden likewise in the fog. It seemed the river was just mine for miles. It was just me, the fog and the silence.

Well the trout were there too… boy were they there! It was phenomenal fishing.

This was in the late in the summer of 2017, and if you ask anyone that has fished Middle Tennessee’s Caney Fork, “those were the days.”

At that time, many claimed the fishing to be better than it had been in 10-15 years. Either way, there’s no doubt the bar was raised on success.

I’m certain a lot of ingredients went into the recipe for a peak in fishing that year: agencies and people all took part and should get credit for the heyday it was.

Then came the rains. Seven years from the flood of 2010, the U.S. Army Corps of Engineers, which has a major mission of flood control, was still well reminded of the dunking Nashville and surrounding areas once took.

All that came in the way of 14 inches of rain from January to May in 2010. Then one weekend during the spring turkey season there was a 15- to 18-inch rain event. By the way, a rain event is a fancy word for, “consider building an ark.”

With nowhere to go, the flood and results were and still are easy to remember. Heck, it was hard to decipher the aquariums from the tackle aisles in the Nashville Bass Pro Shops, and that’s no fish tale.

Flashforward to 2018, just after the peak of fishing (2017) and the rains came again to Middle Tennessee and the Caney Fork.

Coinciding with these rains was also a change in personnel at the Corps of Engineers. There were a few long-time members that had an intimate knowledge of the Caney and how generation and flow impacted the fishery. They had retired. And while their replacements were more than adequate at their jobs, and did a great job, there seemed to be a bit of “tribal knowledge” and possibly, experience lost that could have possibly lessened the negative impact of repeated flooding on the fishery.

But again, one must remember the main purpose of the Corps—flood control. Recreation, fishing etc. is a bit lower on the list of importance to them, and rightfully so.

Flashforward some more, and by the end of February 2019 the region around the Caney had received 20 inches of rain. That was 6 inches above where the same region was back in 2010, prior that flood. One big rain would have repeated 2010 all over again.

The Corps wasted no time dodging a potentially lethal bullet. To combat flooding problems, the Corps was discharging/generating A LOT of water. Normal flow on the Caney would be between 5,500 and 10,000 CFS, at varied times day or night. Instead, they were running 25,000 around the clock, 24/7 for weeks and even months on end.

Flood control is their business, so one can’t blame them. They had no choice but to let that water go, and they did.

If you’ve guessed all this had to affect the trout fishing in the Caney Fork, you’re spot on.

When the Corps creates power using a dam, they pull all that water from the very deepest parts of the reservoir and that water is cold. These temps are normally in the low 40s. This is also what creates that enveloping fog I mentioned earlier.

Well, when they must generate and discharge 25,000 CFS for months at a time, eventually you are going to run out of that cold water. The surface temperature could be at 85 degrees or even higher and then below the thermocline is where the cold water resides.

The more you discharge, the more cold water you use and the lower that thermocline gets. That is what happened to the Caney, and the water temperature began to rise below the dam.

As most trout anglers will confirm, trout need cold water. Pretty much anything above 70 degrees is detrimental.

However, the nail in the famed coffin for the Caney Fork’s trout boom came after flood control efforts, when nearby Center Hill Lake was brought up to summer pool. This is a normal, annual procedure at many impoundments.

But when the discharge to achieve summer pool stopped, and the Caney was de-watered to very low levels, the exposed rocks and gravel bars heated up in the 100-degree sun. Then when the water, that was already warmer than normal, hit those super-heated rocks it didn’t take long for the entire tailwater to heat up to dangerous, and in many cases deadly, temperatures for the trout living there.

In a matter of two years the Caney went from the “best of days” to the “worst fishing in 20 years.” All this due to a perfect storm of events.

In hindsight (which everyone claims is 20/20), it seems each domino was set perfectly in place, to tumble the other. But, despite such a fishing fall apart, fish and game are cyclic. Nature does rebound.

I, along with the agencies involved and other anglers that frequent the Caney Fork believe that while it will take some time, the Caney will bounce back and return to the glory days of old.

At least we hope so and that hope is what keeps us going back. Well that and the memory of big brown rising for that midge in the fog.