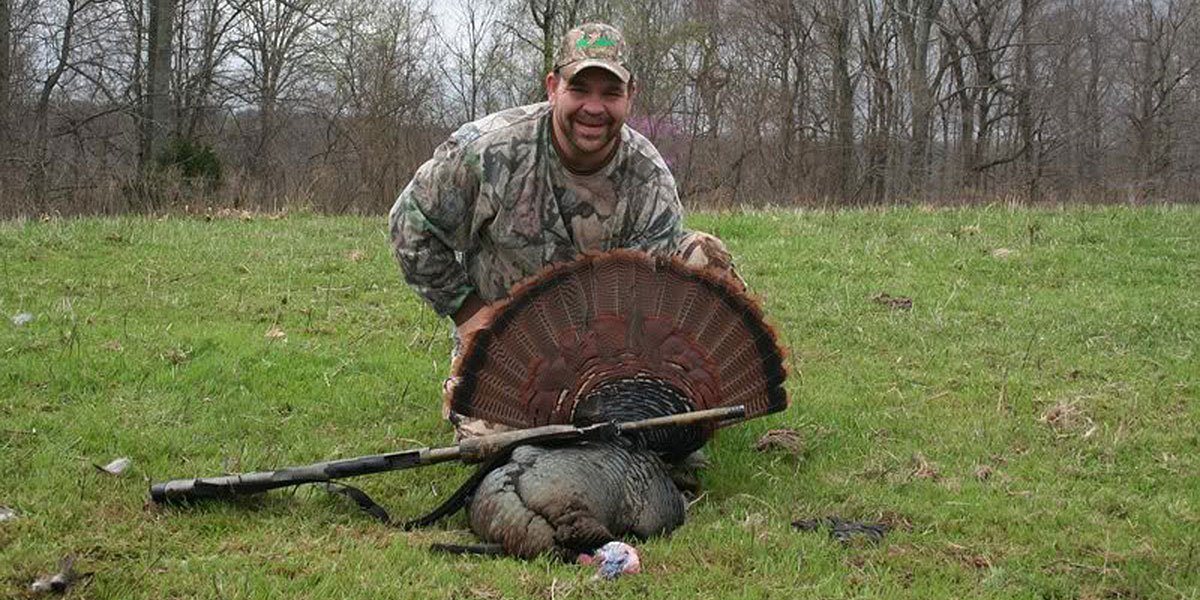 Fanning is a turkey technique that straddles the famed fence of public opinion, and sometimes the fence is electric.

Also called reaping, fanning is basically using a full strut turkey decoy or just a turkey’s tail fan to hide behind as you crawl or “scoot” out into a field towards a turkey instead of calling the turkey to you. 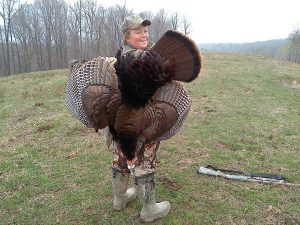 Some reports say the early Eastern American Indians used this practice. I would tend to agree with this, considering they were not sport hunters but hunted for sustenance.

It is especially effective on those old, wise “field birds” that will fly down into the middle of a big field so they can see in all directions and then wait for their hens to come to them.

While being a known practice for many years, it is still a very controversial method of hunting.

After speaking to several avid turkey hunters many of them are totally against the method.

Some went so far as to say this method should be illegal. They cited safety issues as well as it being unethical in their eyes.

The method basically plays on the territorial behavior of the male turkey. A big dominant bird will not tolerate “new” gobblers in their area. They will sometimes literally run to the bird with the intention of fighting it and running it out of their area. This almost always ends up with them being killed by the hunter.

I asked avid middle Tennessee turkey hunter Jonathan Boehme what his thoughts were. He said, “I believe this tactic is so effective that too many people will start doing it and it will hurt the population.”

Boehme went on to say, “Because turkeys really are that dumb.”

When I asked him if fanning really was THAT effective, he said that it doesn’t work 100 percent of the time, but it’s close.

“You get subordinate birds without hens it usually won’t work. Get a henned-up strutter, and he’s looking for a fight. All he has to do is see the fan.”

He said, I have tried it and it was exciting, but not really challenging, and I prefer a more “traditional” approach to turkey hunting.

I talked to another hunter and he said, “I just think it is very unsporting. You’re triggering a bird’s fight instinct. That’s what they do, same as game chickens. It’s natural to them, the way they are made. Calling up a gobbler with a hen call is different. It is unnatural for him to go to the hen. You’re getting him to make a mistake.”

Of the several other hunters that I spoke to that were in “favor” of fanning the one biggest common denominator was the adrenaline rush they experienced.

One West Tennessee hunter I spoke to said, “Having a turkey charge you is as exciting as can be!”

If you decide to try fanning, or you are a fan of fanning, you do need to remember a few safety tips.

This method should never be used in thick wooded areas, but rather in open fields.

You need to be sure you are the only person hunting the gobbler.

Never do this on public land where you have no idea who or how many hunters are around.

On the other side of the equation everyone needs to remember this rule for sure.

Be sure of your target and what is beyond it.

No matter which side of the fence, or fan, you are on there is one thing I have learned about fanning. Like it or not, do it or don’t, but make no mistake, it works.