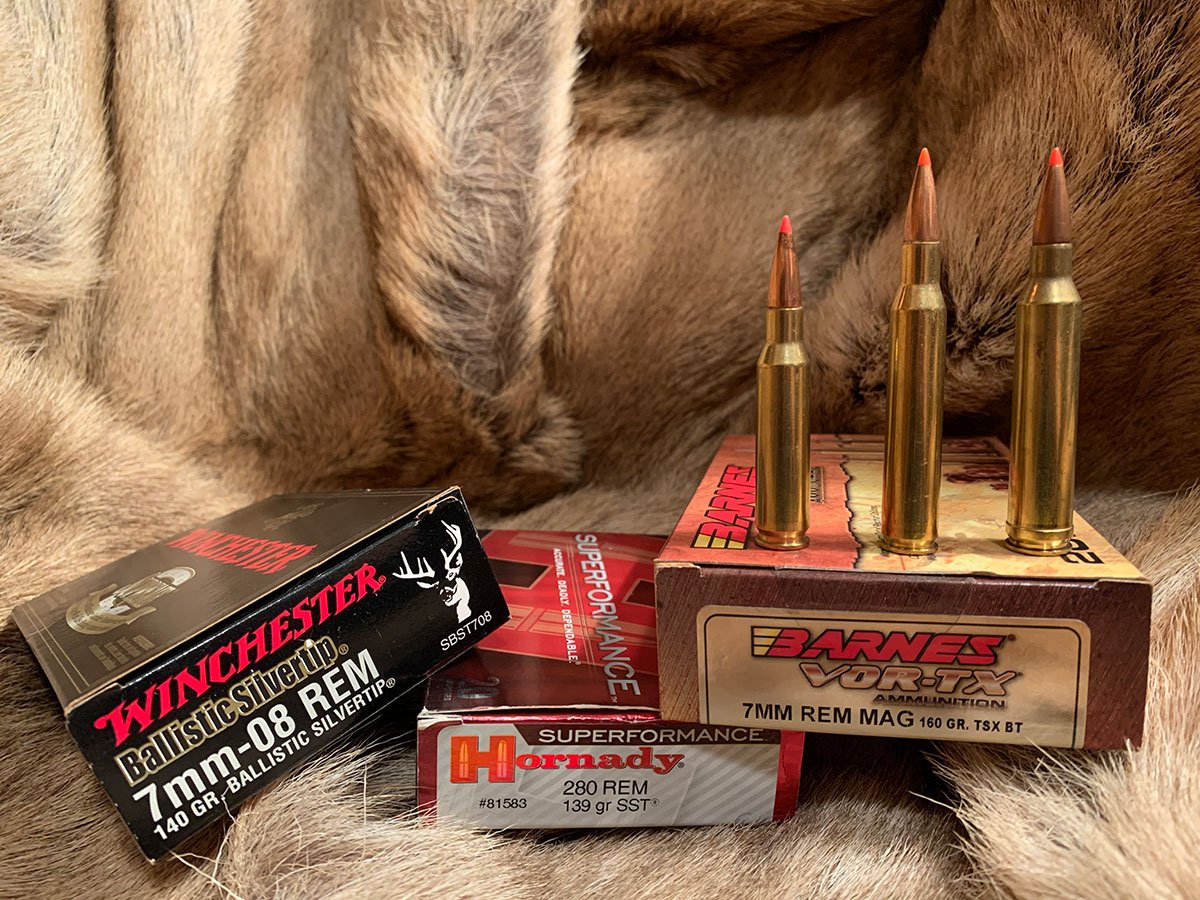 My favorite color is autumn. There is a growing sense of anticipation hovering, a tail-gating of the soul as another deer season approaches.

It is fall and there are too few of them in a lifetime.

Every year about this time I get a question from a novice hunter about which is the best cartridge for deer. There is no single right answer, but over the years I have come to pretty firm opinions about some generalities.

I have no idea how many deer I have killed or seen killed or been in on the expedition that killed deer. Between my own success, various research projects where specimens were required and being with young people, especially hunts with disadvantaged kids, it must be pushing 500 by now.

I have concluded deer are not especially hard to kill. They are, however, sometimes hard to recover. And, while you might not feel the gun’s kick when you shoot at a deer, you won’t remember the flinch either.

Forensic ballistics tell us what kind of damage was done.

I also sometimes find myself thinking about another factor, the recovery ballistic; and it has to do with how far and how fast the animal can carry the bullet, and its wound, when it runs away.

Oh, and by the way, the bullet’s job is not finished until we recover the deer.

Let me begin with a warning to some readers, you best reach for the antacid because I believe the .243 is the absolute minimum for most deer hunting. And yes, I know, if a hunter is willing to wait for a perfect angle, if shot placement is just right and if a good bullet is used, all hunts can go consistently well with cartridges as small as the .223.

But, if you didn’t notice, there are just too many if’s involved in the .223 scenario.

It is best to consider hunting’s none too rare extremes. Let’s suppose a hunter sees a buck at 214 yards. It is the buck of a lifetime and in the vagaries of the moment, the rest is not perfect, the hunter is excited, and the shot must be taken immediately. The animal is huge, standing, quite visible but with just one massively-muscled and hard-boned shoulder uncovered by the loosely tangled brush. He is angled toward the hunter. It is shoot now or let him go.

I believe we can forgive our hunter for taking the shot. After all, bucks of a lifetime come around just once.

There are a lot of little things about to go just a little wrong. The bullet will be a little high, a little low, a little something. Perfection is rare. It is best we send a bullet able to disable and stop. It must cause adequate structural break down or catastrophically rupture the vascular system or disconnect the nervous system.

At that distance, under those circumstances a little ballistic forgiveness is needed. The .243 is the very least we need here.

After all, once we shoot, we still must find our once-in-a-lifetime trophy.

The .243 is a marvelous caliber, just somehow able to do these things better than it seems it should and much of it related to its friendly pat on the shoulder. It is almost a counselor for kick.

The beauty of this tier of cartridges is they are sure killers, but only on one end with recoil mostly in the 10- to 15-foot pound range. Most folks, including youngsters can shoot them well.

And should you not think them deadly, using the mild 7X57 Mauser (i.e., 275 Rigby), Jim Corbett killed man-eating tigers bent on adding him to the menu.

Moving up a notch are the three sisters: the .270, .280 and the grand dame of all-American cartridges, the .30-06. There is a fair case to be made that any of these, all of these or one of these is probably the best all-around deer cartridge ever made. Certainly, there is a very high stack of freezer meat that would give no argument.

Users of high-caliber rifles have always had a bone to pick with Sir Isaac Newton. Recoil is mostly his fault because of a Law he made up. Basically, he twiddled around with some math that says accelerating 160 grains of lead from 0- to 3,000 feet/second in a steel tube could make a shoulder turn blue.

Recoil is how much muzzle energy is directed backwards into the rifle. Kick is what we feel, and it varies depending on a bunch of things, including the rifle’s weight, stock alignment, recoil pad and even the price of rice in Tibet.

Hovering around 20 foot pounds of recoil, the .30-06 is something of a guiding light here. Its backward snap is near the top of what most people can absorb without the body deciding this is not fun and trying to run away.

Even a cannon won’t make up for a flinch. I do not believe a hunter can necessarily be over-gunned. A .458 will kill a deer just fine, if the hunter can handle it. But, for most of us, we can be over-kicked; and some of the larger calibers could make a Notre Dame gargoyle flinch.

And that thought brings us to the next tier of common deer-getters, perhaps best typified with the 7mm Remington Magnum and .300 Winchester Magnum, both in the 20- to 30 foot-pound range. These two, and ones producing similar muzzle energy, have considerable say-so on both ends. For many people these represent a dawning fear of one’s own gun.

However, the rifle itself can change things. I have a 7 Mag I use on elk hunts and for whitetail deer here in West Tennessee. Perhaps it is how the gun is constructed and how I am made, or maybe the other way around, but I would much rather shoot it off the bench than either my .280 or .30-06, both of which slap me around like a prom date. You just never know ‘til you shoot ’em. But, keep in mind, these larger cartridges cannot make up for sure-enough bum shot.

The recovery ballistic requires a cartridge able to forgive the subtleties of a less than ideal shot. That oft times means we need a blood trail and the best blood trail comes from having a bullet with enough authority to create a massive internal wound; and, given my preference, two holes, one coming and one going, and both contributing red sign posts

If we go back to that best-in-a-lifetime buck, one of those that enchant our dreams before a hunt and haunts nightmares if things go wrong, ask yourself a question. You took the shot, and the buck launched a single leap out of sight. Walking that 214 yards in the growing dusk with snow in the forecast, are you satisfied with the partnership you formed with your cartridge?

The ballistics of recovery are a balance. Don’t go under-gunned. Don’t go over kicked.