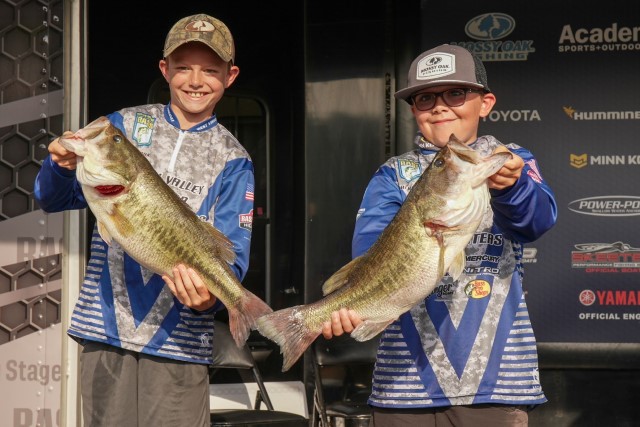 As many as 70 youth teams are expected to compete for the junior championship crown after qualifying for the tournament through four Opens held on Florida’s Harris Chain of Lakes, Alabama’s Lewis Smith Lake, Arkansas’s Norfork Lake and Michigan’s Saginaw Bay.

“I think people will be amazed, not only by the knowledge these young anglers have of the sport, but by the size of the fish they bring to the scales,” said Glenn Cale, B.A.S.S. Nation tournament manager — College, High School and Junior. “What they know and how they perform at such a young age really shows how the sport of competitive bass fishing is evolving — and gives us a good idea of the kind of competition we’ll see at the higher ranks in the future.”

In 2021, Bo Hollen and Ari Clark of West Virginia’s Mon Valley Bassmasters took home the title with a two-day total of 19 pounds, 11 ounces. Hollen and Clark, who competed in their first Junior National Championship in 2019, were honored during the Night of Champions at the 2022 Academy Sports + Outdoors Bassmaster Classic presented by Huk.

Each two-angler team is accompanied by a coach who runs the boat and can give advice on fishing techniques and patterns.

The Bassmaster Junior Series National Championship is being hosted by the Carroll County Chamber of Commerce.