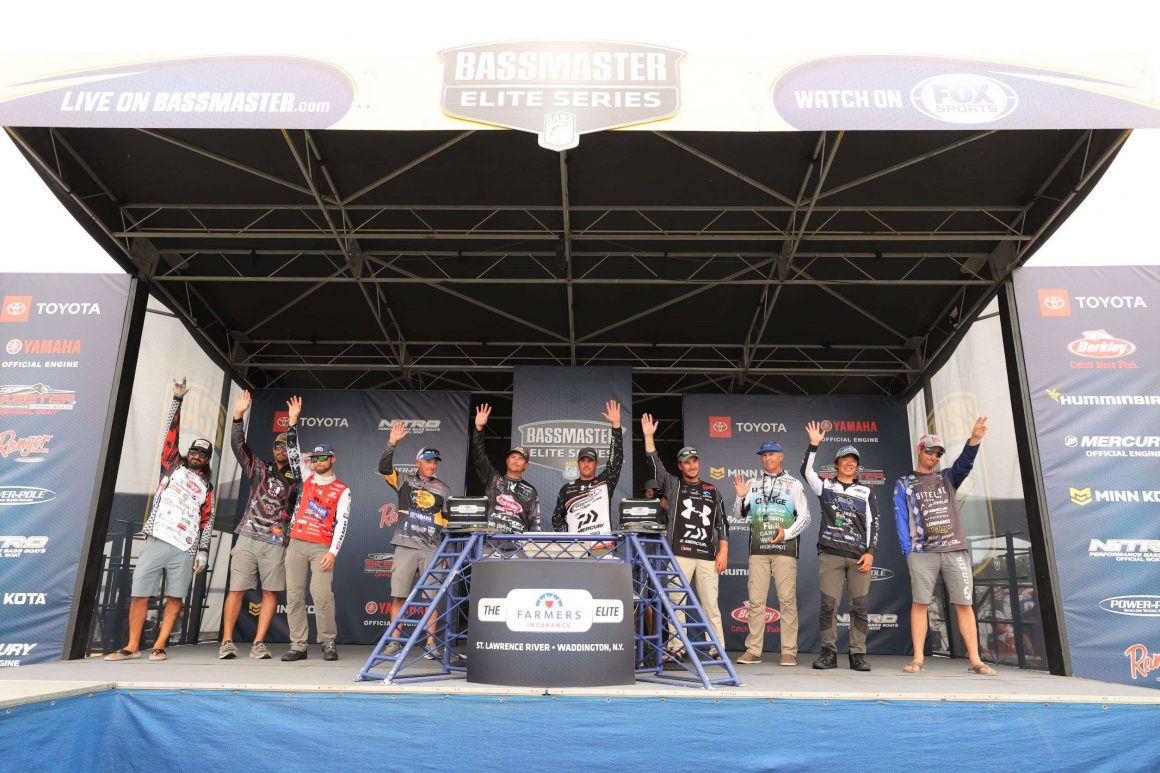 BIRMINGHAM, Ala. — After an exciting 2021 Bassmaster Elite Series season that crowned seven first-time champions and drew over 12 million viewers to coverage of Bassmaster LIVE on FOX and the FOX Sports channels, B.A.S.S. announced the new field for the 2022 Elite Series.

Joining the ranks of the most recognized circuit in sportfishing are 12 qualifiers from the hotly contested Bassmaster Opens as well as the TNT Fireworks B.A.S.S. Nation champion.

“2021 was a season of big catches, big drama and big excitement — all playing out on Bassmaster LIVE for millions of fans who tuned in to FOX Sports or streamed online,” said B.A.S.S. chairman and CEO Chase Anderson. “Now our organization is eagerly looking forward to starting the 2022 season! Anglers across the world dream and work for years to earn a coveted Elite Series invitation, and we’re excited to welcome 13 incredibly talented anglers onto the biggest stage in fishing.”

This list of returning anglers includes Hank Cherry, who reached legendary status as just the fourth angler ever to win back-to-back Bassmaster Classics. Seth Feider notched four Top 10s en route to winning 2021 Angler of the Year honors, while Josh Stracner had to climb over four other anglers in the final event on the St. Lawrence River to win Rookie of the Year. 2021 Elite Series champions Jason Christie, Jeff Gustafson, Taku Ito, Caleb Kuphall, Lee Livesay, Wes Logan, Bill Lowen, Bryan New and Bryan Schmitt will all be back again to do battle on some of the country’s best bass fisheries.

They will be joined by a talented crop of rookies that includes Japanese anglers Masayuki Matsushita and Daisuke Aoki, who finished second and third respectively in the Falcon Rods Bassmaster Opens Angler of the Year overall points race. The rookie anglers who qualified through the Central Opens are former Bassmaster College Classic Bracket winner Cody Huff of Ava, Mo., Jay Przekurat of Stevens Point, Wis., and Joseph Webster of Winfield, Ala. Another former Bassmaster College Classic Bracket winner, Jacob Foutz of Charleston, Tenn., and Josh Douglas of Isle, Minn., qualified via the Southern Opens. Jonathan Kelley of Old Forge, Pa., and Alex Redwine of Blue Ash, Ohio, earned invitations through the Northern Opens to round out the rookie class of Opens anglers.

Three former Elite Series anglers who qualified through the Opens Series points standings are joining the Elite field; however, any angler who has combined earnings of at least $500,000 with B.A.S.S., FLW and MLF is not considered a rookie.

“The Elite Series field is absolutely stacked and fans are going to love learning about new anglers as well as watching their favorites compete for a place in the B.A.S.S. record books,” said Tournament Director-Elite Series Lisa Talmadge. “I can’t wait for the 2022 season to start.”

The 2022 Elite Series schedule will begin Feb. 10-13 with the Bassmaster Elite at St. Johns River in Palatka, Fla. From there, the tournament trail will wind through eight states for nine events as anglers compete for cash and prizes and attempt to qualify for the 2023 Academy Sports + Outdoors Bassmaster Classic presented by Huk.

Each tournament will begin with the full field of anglers on Days 1 and 2 before the field is cut to 47 for the semifinal round on Day 3. Only the Top 10 remaining anglers will fish the final day of each event with a $100,000 first-place prize on the line.