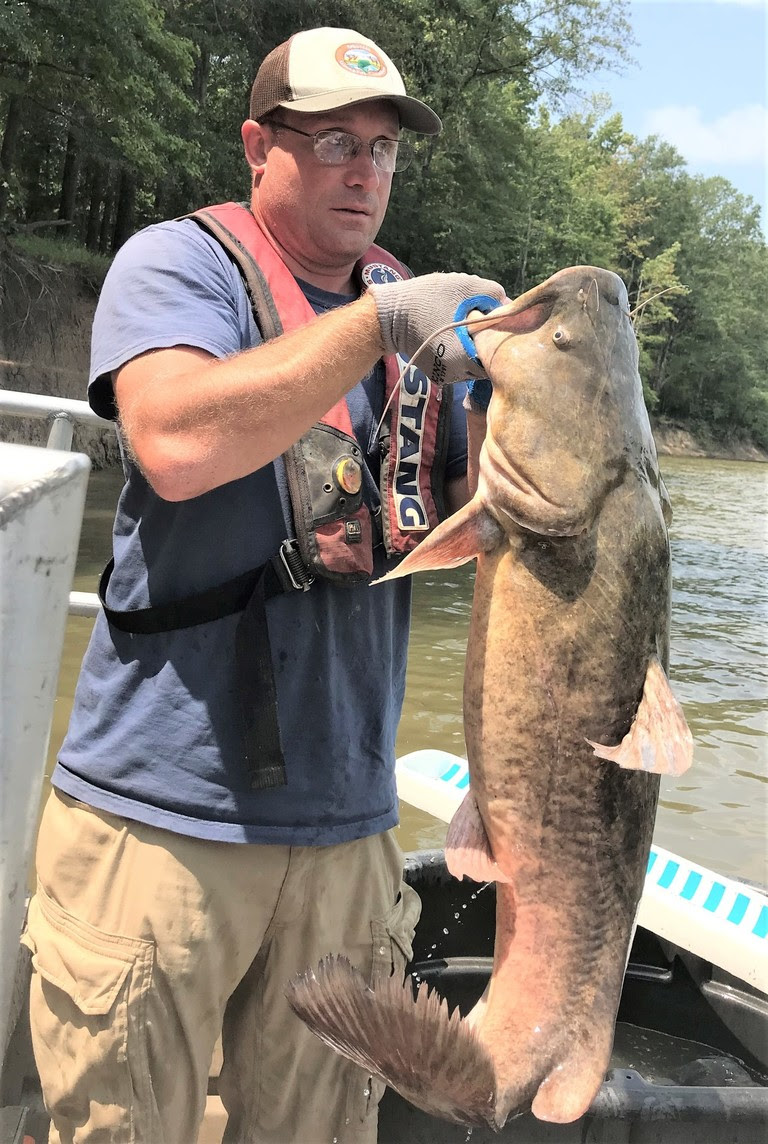 Andy Yung, the supervisor in the AGFC’s Camden office of the Fisheries Division, said staff there sampled the Ouachita and Saline rivers within Felsenthal National Wildlife Refuge earlier this month for flathead and blue catfish and noted high catch rates and many that were over 10 pounds.

Fish were collected using low-frequency electrofishing. Biologists removed a pectoral spine from a subsample of catfish caught to determine their age (this removal of the pectoral fin does not harm the fish and they are returned to where they were caught). In addition, weight and length of each fish was measured to help assess the health of these fish populations.

Yung said that the 531 catfish (285 flatheads and 251 blues) being collected during the sampling marked a high rate of catch. Of the catfish sampled, nearly 20 percent were over 24 inches long and nearly one in 10 fish were over 10 pounds. The heaviest fish was a flathead weighing in at 31.5 pounds (pictured above).

Anglers wishing to target these fish should focus their efforts around the outside edges of river bends in deep water. For flatheads, live bait often works best, while blues often prefer cut bait.