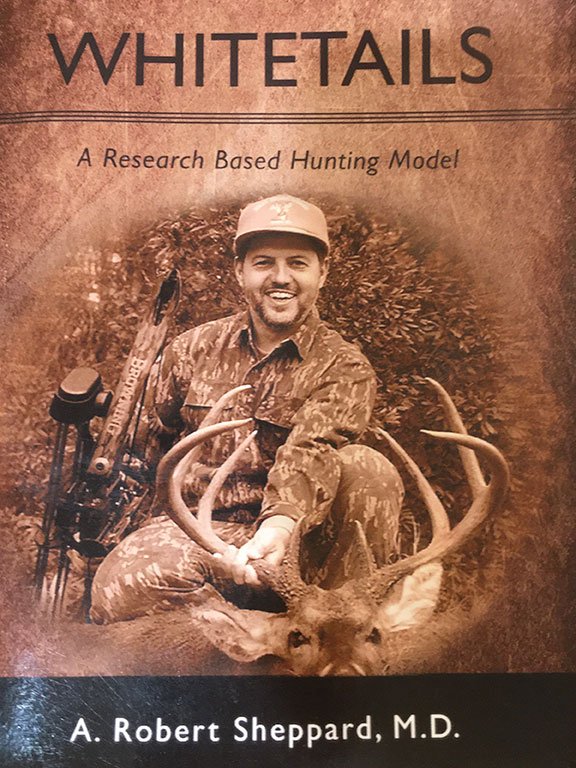 A friend of mine was vacationing in Florida and to escape the beach-side tourism, he traveled into town and sought refuge in a local outdoor store. There he discovered the book Whitetails: A Research Based Hunting Model. It was written and published by A. Robert Sheppard, M.D. in 2010. 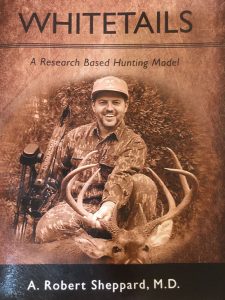 My friend shared the book with me, and I found it and Dr. Sheppard interesting. The book is of course about basing deer hunting on sound and very extensive data. (There’s also some good Life Lessons on faith and family also entwined.)

Sheppard grew up the son of tenant farmers in Alabama and began a writing career while attending medical school. He has contributed to many magazines including Alabama Game & Fish, Outdoor Life, Field & Stream, Sorts Afield, Deer and Deer Hunting and others. He also serves as an instructor at a series of bowhunting schools that have become the oldest continuous line of outdoor skills schools, ever.

As technology was taking off, he forged and followed through with an idea to write a computer program that allowed a hunting lodge, Bent Creek Lodge (bentcreeklodge.com) to manage data and tie it in to the National Oceanic and Atmospheric Administration (NOAA) database of weather elements. Through his efforts, thousands of hunting days were suddenly tied to weather conditions. Hunting success became more of a science.

With all that in mind, I got in touch with Sheppard and he kindly shared the following information with MSHFN readers in a Q&A format:

MSHFN: Of all the data you have collected, what was the most telling? Or what seemed most essential to success?

Sheppard: There are a host of other factors (other than weather) that affect daytime deer movement, but few are as crucial as the weather. That’s why we focused our research on this topic.  The book lays out the detail, but the short of it is this:  whitetails are nocturnal animals. On a good hunting day, only a tiny fraction (about 10 percent) of a given local herd get up and walk around in the daytime. Three weather factors dominate that daytime movement: 1.) temperature, 2.) cloud cover and 3.) wind velocity.

MSHFN: What are the things you’ve found that the average deer hunter overlooks?

Sheppard: (They overlook) Just how much these weather factors affect one’s odds of success on a given day.

MSHFN: What are the things even the so-called expert is most likely to mess up on or neglect when deer hunting?

Sheppard: Even experienced hunters make one recurring mistake. They underestimate a mature whitetail’s ability to pattern (and thus avoid) the hunter.  They (deer) do so by becoming nocturnal at the hint of much hunting pressure.

MSHFN: What are the most simplistic things that the data says you absolutely MUST do for success?

MSHFN: On the other side of the famed coin, what are the complex (difficult) things a hunter must absolutely avoid doing for success?

Sheppard: Avoid over-hunting (or over-scouting) your terrain.  Avoid hunting when the conditions (weather) are poor. Avoid telling your hunting companions (grandkids notwithstanding) about where and how you hunt.

To learn more about Dr. Sheppard’s book, check out his website at bobsheppard.com/whitetails/.